Spring Fever – Elvis Presley (1965, from the soundtrack to his film Girl Happy)

Springtime In My Heart – Bob Collins & The Diamond (1961, written by Joe South.  It was apparently the first release for the Tuneglow label, judging by the record number.)

Here Comes The Sun – The Beatles (1969, from the album Abbey Road.  If you haven't heard, Peter Jackson is producing a new documentary about the Beatles called The Beatles: Get Back, which should be out later this year.  It will have lots of unseen footage shot in 1969.)

Sunshine Girl – Herman’s Hermits (1968, bubbled under at #101.  Perhaps just a coincidence, Herman’s Hermits had a b-side called Moonshine Man the previous year.  The video link at the start of this paragraph goes to a medley performed at a live concert.)

Raining In My Heart – Buddy Holly (1959, #88.  It was written by Boudleaux & Felice Bryant, a husband-and-wife songwriting team who also wrote several hits for the Everly Brothers, including Bye Bye Love and Wake Up Little Susie.)

Flower Of Love – Lynn Anderson (1969, from her album With Love, From Lynn)

Stormy Weather (Keeps Rainin’ All The Time) – Phil Phillips (1960, did not chart.  Phil Phillis is best known for the song Sea Of Love.)

In The Heat Of The Night – Ray Charles (1967, #33, the title song from the Sidney Poitier film.  Quincy Jones composed, arranged, and conducted the soundtrack)

Everyday People – Sly & The Family Stone (1968, spent four weeks at #1 in Feb/Mar 1969)  Here's a modern version of the song, with lots of everyday people (including some famous ones) sharing in the music together. 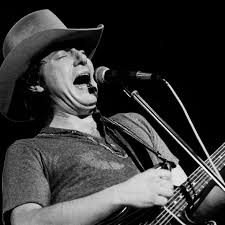 * She Has Funny Cars – Jefferson Airplane (1967, b-side of Somebody To Love, their first hit)

Dream Myself A Sweetheart – Clarence Henry (1962, bubbled under at #112.  He is best known for his 1961 hit I Don’t Know Why also known as But I Do and his 1956 song Ain’t Got No Home, which gave him the nickname Frogman due to the verse sung in a frog voice.) 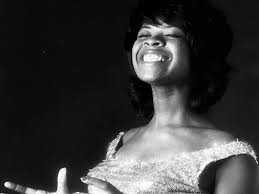 Spring – Birdlegs & Pauline & Their Versatility Birds (1963, #94, the only charting hit for this husband-and-wife group)

Sunny – Bobby Hebb (1966, #2 for two weeks, written by Hebb and later covered by many other artists)

My Love Is Growing – The Walker Brothers (1966, from their album The Sun Ain’t Gonna Shine Anymore.  The Walker Brothers were not actually related, nor were any of them born with the last name Walker, although they all eventually used that as their last name professionally.  They were all born in the US, but moved to the UK about a year after the band was formed, where they had their biggest commercial success.) 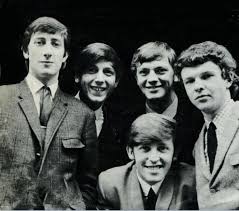 Host Next Week (Mar 27):  John Rudan with a spotlight on Mr. Piano Man

Posted by Rockin' Remnants at 1:53 PM No comments: