1) This singer/songwriter/multi-instrumentalist first arrived on the scene fronting a band whose name was borrowed from a 1950's horror film.

2) His love for American R&B music was reflected in songs he recorded celebrating the work of such pioneers as Jackie Wilson, Fats Domino and Jimmy Reed.

3) Popularly known as both "The Belfast Cowboy" and "Van the Man," he's responsible for many songs that have basically become "standards" in the musical lexicon (including Brown-Eyed Girl, Moondance, Have I Told You Lately That I Love You...).

(scroll down for the answer below the playlist...)

Holiday - the Bee Gees
Holidays Are Coming... (a vintage Coca Cola radio spot from the early '70s)
Snoopy's Christmas - The Royal Guardsmen (released on this date in 1967; the third in their "Snoopy" trilogy)
Silver Bells - The Ventures

59th Street Bridge Song - Simon & Garfunkel (telephone request)
Maureen - the Bachelors (from the London Records LP "England's Greatest Hit-Makers")
*Down in The Boondocks - Billy Joe Royal (telephone request)
Love Child - Diana Ross & The Supremes (their first #1 under the new billing with Diana's name first, and their first without Holland-Dozier-Holland, from 1968)

A Fork in The Road - Miracles (b-side of the "Tracks of My Tears" single)
You're My Girl - Tokens (written by Carole King, it was intended to be the Tokens' follow-up to "He's In Town"  -   until the label decided those two records were too similar and they pulled the release.)
Weeping Willow - Kingston Trio

*The More I See You - Chris Montez (telephone request)
Take Me In Your Arms - The Isley Brothers (charted on both the R&B and pop charts; it was a re-make of a Kim Weston hit, later recorded by the Doobie Brothers)
Oh No, Not My Baby - Maxine Brown (a JS favorite, written by Carole King)
Stormy - Classics IV (at #11 this week in 1968)
Me About You - The Turtles (released by White Whale Records in early 1970 after the band had departed; made it to #105)
Everything That Touches You - The Association (mono 45 version  -  peaked at #10 in the Spring of '68)

Misty - Johnny Mathis
Day Tripper - The Beatles (relegated to the b-side of "We Can Work It Out." Still made it to #5)
You Didn't Have to Be So Nice - Lovin' Spoonful (original Kama Sutra 45)
Sleigh Ride - The Ventures (paired with "Walk Don't Run" from The Ventures' Christmas Album)

Whenever I Call You 'Friend' - Kenny Loggins (with Stevie Nicks)
County Line - Pousette-Dart Band (an FM radio staple from the 1977 "Amnesia" LP)
A Whiter Shade of Pale - RB Greaves - This cover of the 1967 Procul Harum hit reached #82 in late 1970 on Atco Records.  Greaves is best known for the song Take a Letter Maria.
Time Passages - Al Stewart (original 45 from 1978)
All Through the Night - Cyndi Lauper (picture-sleeve 45 from 1984)

and then....two more JS favorites to end the show (both on RCA Records and both with Floyd Cramer on piano):

Next week: JR is back!

Van Morrison (who first fronted the band called "Them" and wrote "Domino," "Jackie Wilson Said" and "Cleaning Windows," among many others)
Posted by Rockin' Remnants at 5:34 PM No comments:

What does the acronym “ABBA” stand for?

Take A Chance on Me - ABBA
Chiquitita - ABBA
The Winner Takes It All - ABBA
Waterloo - ABBA
Cherish - The Association
Ballad Of Easy Rider - The Byrds
All I Really Want To Do - The Byrds
Eight Miles High - The Byrds
Turn! Turn! Turn! (To Everything There Is A Season) - The Byrds
There's a Moon Out Tonight - Capris
Helpless - Crosby, Stills, Nash & Young
Boogie Wonderland - Earth, Wind And Fire
Big Girls Don't Cry - Four Seasons
Working My Way Back to You - Four Seasons
Rag Doll - Four Seasons
Reach Out, I'll Be There - The Four Tops
Candy Girl - Four Seasons
I'm Telling You Now - Freddie & the Dreamers
Do The Freddie - Freddie & the Dreamers
You Were Made For Me - Freddie & the Dreamers
Early Morning Rain - Gordon Lightfoot
Sundown - Gordon Lightfoot
The Wreck Of The Edmund Fitzgerald - Gordon Lightfoot
Dandy - Herman's Hermits
Vehicle - The Ides Of March
You Love The Thunder - Jackson Browne
What Becomes Of The Broken Hearted - Jimmy Ruffin
Poor Side Of Town - Johnny Rivers
Walk Away Renee - Left Banke
Rain on the Roof - Lovin' Spoonful
Look Through My Window - The Mamas & The Papas
Last Train To Clarksville - The Monkees
After The Gold Rush - Neil Young
The Needle & The Damage Done - Neil Young
Heart Of Gold - Neil Young
Earth Angel - The Penguins
Solsbury Hill - Peter Gabriel
My Love - Petula Clark
Don't Sleep In The Subway - Petula Clark
I Couldn't Live Without Your Love - Petula Clark
Who Am I - Petula Clark
Downtown - Petula Clark
A Sign Of The Times - Petula Clark
Short People - Randy Newman
Please Say You're Fooling - Ray Charles
Mas Que Nada - Sergio Mendes
Sit Yourself Down - Stephen Stills
Wild Mountain Honey - The Steve Miller Band
Lorelei - Styx
Babe - Styx
American Girl - Tom Petty
Telstar - Ventures
Ghost Riders in the Sky - Ventures
Walk Don't Run - Ventures

Thanks for tuning in!  You can listen to Rockin' Remnants every Saturday from 6-9pm on WVBR (93.5 FM in Ithaca, NY) or at wvbr.com/listen.
Posted by Rockin' Remnants at 5:32 AM No comments:

Clue 1: This artist won Grammy for Best Country Vocal in 1974 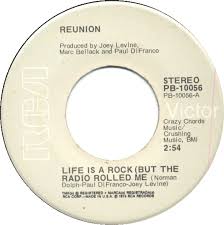 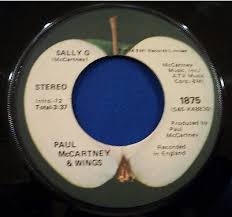 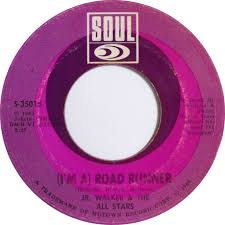 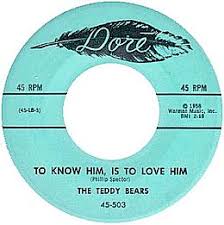 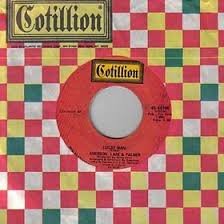 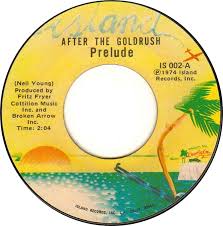 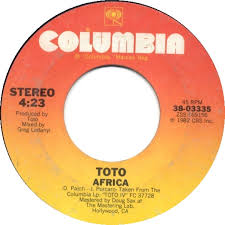 
A: The Pointer Sisters 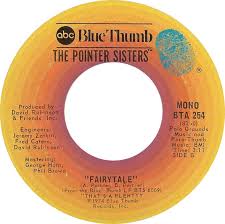 Thanks for listening!  Please tune in again, Saturdays on WVBR-FM in Ithaca, on the dial at 93.5 or online at wvbr.com/listen!
Posted by Rockin' Remnants at 7:39 AM No comments:


Clue 1 - This Rock and Roll Hall of Fame guitarist and songwriter played on dozens of hit records and co-wrote three R&B #1's in the 60s.

Clue 2 - Cited as an influence by guitar players including Pete Townshend and Keith Richards, he was even referenced by name in two big radio hits upon which he played.

Clue 3 - Moving from Memphis to LA in the '70s, he played on sessions for acts ranging from Levon Helm and Ringo Starr to The Blues Brothers, but his work with Booker T & The MGs would stand as his greatest claim to fame.

[answer below the playlist...]

(bold font indicates the song is from this week's spotlight date)

One More Town - Kingston Trio - down to #111, having peaked at #97 for two weeks
Big Girls Don't Cry - Four Seasons [telephone request] - headed for five weeks at #1

Spooky - Mike Sharpe - this is the original instrumental version, which peaked at #57 in 1967 (the band Classics IV added lyrics and brought it to #3 the following year, and it was later a hit for The Atlanta Rhythm Section as well)
Little Red Riding Hood - Sam the Sham & The Pharoahs [telephone request]
Love Will Rain on You - Archie Bell & The Drells - b-side of "Do the Choo-Choo" 11/68

To Sir With Love - Lulu - #1 for five weeks in the fall of '67.  It's not really representative of Lulu's style -- she was a belter.  This was actually the b-side of the single (The Boat That I Row was the a-side), but this was the theme song for a movie by the same name, and it became a huge hit after the movie was released.
What Will My Mary Say - Jay Black - a Johnny Mathis song, the lone single released by the lead singer of Jay & The Americans under this name; it didn't chart
You Keep Me Hanging On - Supremes [telephone request]
From The Beginning - Emerson, Lake & Palmer
Time of the Season - The Zombies - 1969

I Left My Heart in San Francisco - Tony Bennett - this record won two Grammy Awards for 1962 (Record of the Year and Best Male Solo Vocal Performance of the Year)
Return to Sender - Elvis Presley - five weeks at #2, stuck behind the Four Seasons
Magic Wand - Don & Juan - follow-up to "What's Your Name", only reached #91
Up on The Roof - The Drifters - debuted on this date in 1962, headed to #5

Harvest Moon - Neil Young [telephone request] - from the 90s, but in the style of his earlier work, so we made an exception to our usual focus on the 50s-60s-70s
Lotta Love - Nicolette Larson - written by Neil Young
In the Midnight Hour - Cross Country
Up On The Roof - Laura Nyro - peaked at #92; ironically, her only charting single was a song she didn't write...
Soul Man - Sam & Dave - 1967, with guitarist Steve Cropper, who gets a shout-out during both the Sam & Dave and the Blues Brothers versions of the song: "Play it, Steve!"
Baker Street - Gerry Rafferty - reached #2 in 1978

Steve Cropper (co-author of "In the Midnight Hour," "Knock On Wood" and "Dock of The Bay"  - and the guitarist for Booker T & The MGs, the house band for Stax Records in Memphis)


Thanks for listening, and please tune in again!  Rockin' Remnants can be found on WVBR-FM, 93.5 in Ithaca NY or at wvbr.com, every Saturday night from 6-9pm...
Posted by Rockin' Remnants at 10:41 AM No comments: