Moon River – Jean Thomas (1962, did not chart.  The versions by Henry Mancini and Jerry Butler each reached #11.)

Cheeseburger In Paradise – Jimmy Buffett (1978, #32.  A cheeseburger was the first thing Buffett ate when he returned to shore after a boating mishap.)

Hot Dog – Elvis Presley (1957, from the soundtrack of his film Loving You)

Amelia – Joni Mitchell (1976, from her album Hejira, inspired by a road trip she took without a driver’s license.  In an LA Times interview, she said she was “thinking of Amelia Earhart and addressing it from one solo pilot to another.”)

Jack And Diane – John Cougar (1982, #1 for four weeks, “suckin’ on a chili dog outside the Tastee Freeze”.  It was John Mellencamp’s biggest hit.)

2 Triple Cheese (Side Order Of Fries) – Commander Cody And His Lost Planet Airmen (1981, did not chart)

Some Day One Day – Queen (1974, from their second album Queen II.  Brian May wrote it, sang lead, and played the electric and acoustic guitars.) 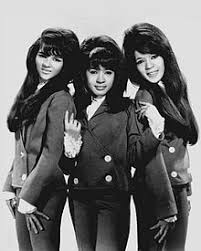 Goodbye Stranger – Supertramp (1979, #15, written and sung by Rick Davies, who also played electric piano and Hammond organ on the song)

A Beautiful Morning – Rascals (1968, #3, their first single after dropping the word Young from the band name)

Nothing Can Change This Love – Sam Cooke (1962, #12, with the lyrics “you’re the apple of my eye, you’re cherry pie, and oh, you’re cake and ice cream”.  The Zombies would make a reference to this song in their song Can’t Nobody Love You: “Sam bought you cake and ice cream, called you cherry pie”.)

Both Sides Now – Judy Collins (on her 1967 album Wildflowers, and Judy Collins’ version was released as a single in 1968 and peaked at #8.  The song was written by Joni Mitchell and it was on her 1969 album Clouds.  With the lyric “ice cream castles in the air”.)

Tumbling Dice – Rolling Stones with Linda Ronstadt (on July 21, 1977 she joined them onstage in her home town of Tucson to perform this song.  She also included a cover version of the song on her album Simple Dreams, released later that summer.)

Looks Like We Made It – Barry Manilow (reached #1 on July 23, 1977, his third chart-topper.  It is often perceived as a love song, but if you pay attention to the lyrics, you’ll see that they each found love with someone else.)

She’s Not There – Zombies (1964, #2, released on July 24.  Organist Rod Argent based his lyrics on John Lee Hooker’s song No One Told Me.  Argent’s fiancée had recently called off their wedding when he wrote this.) 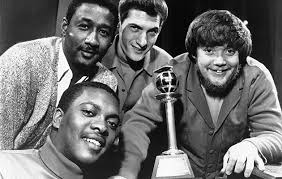 Host Next Week (Aug 1):  John Simon with a spotlight on piano

Posted by Rockin' Remnants at 7:50 PM No comments: