·     Tracks are listed in alphabetical order rather than chronologically.
·     Yellow song titles are YouTube links
·     Songs with * were requests
·     All chart information comes from the Billboard Top 100 (for chart dates before/during July 1958) or Billboard Hot 100 (for chart dates during/after Aug 1958) unless otherwise noted
·     Chart numbers are the highest achieved
·     A glossary of terms is below the playlist
·
·     OPENING THEME:  Good Old Rock ‘n’ Roll – Cat Mother & the All-Night Newsboys (1969, #29, produced by Jimi Hendrix)

Tonight’s focus is on record labels that recorded some of the most influential rock music in the ‘50’s and 60’s. I will focus particularly on the Motown label and its subsidiaries Tamla and Gordy.

Motown Records celebrates its 60th birthday in 2019. Berry Gordy borrowed $800 to start the label. His goal was to create a sound that would appeal to as wide an audience as possible using elements of soul, rock, jazz, gospel, R&B. He emphasized memorable hooks and stories and used a variety of supremely talented song writers, producers and artists. The Hitsville Studio at 2648 West Grand Blvd. in Detroit worked around the clock to churn out thousands of recordings, the motto of which was “The Sound of Young America.”

Especially featured tonight are The Andantes (Marlene Barrow, Louvain Demps, and Jackie Hicks), a back-up trio singing on the majority of Motown records before 1972.

99 and ½ Won’t Do
Wilson Pickett  Atlantic #52       1966
Atlantic Records was founded in October 1947 by Ahmet Ertegun and Herb Abramson.  During its first years of operation, Atlantic earned a reputation as one of the most important American labels, specializing in jazz, R&B and soul.

Always Something There to Remind Me
Dionne Warwick   Scepter  #65  1968
Scepter Records launched the careers of the Shirelles, Dionne Warwick, B.J. Thomas, Joey Dee, Maxine Brown, the Guess Who, Tammi Terrell and the Isley Brothers.

Baby I Need Your Loving
4 Tops (w/Andantes)   Motown  #11  1964
Gordy/Motown/Tamla
In order to avoid accusations of payola (record companies paying radio stations and DJ’s for airplay) should DJs play too many records from the original Tamla label, Berry Gordy formed Motown Records as a second label in 1960. The two labels featured the same writers, producers and artists. More subsidiary labels were established later under the umbrella of the Motown parent company, including Gordy Records. In reality, the Motown Record Corporation controlled all of these labels. Most of the distinctions between Motown labels were arbitrary, with the same writers, producers and musicians working on all the labels, and artists were often shuffled between labels for internal marketing reasons.

Back in the USA
Chuck Berry         Chess    #37 1959
Chess Records was founded in 1950 in Chicago and specialized in blues and R&B. Over time it expanded into soul, gospel and early rock and roll.  The label produced and released many singles and albums regarded as central to the rock music canon.

Bring It On Home
Animals         MGM      #32 1965
In the early 1950s, MGM Records was considered one of the "major" record companies because it owned its own manufacturing facilities. MGM moved from soundtrack recordings into rock and roll era with hit records by Herman’s Hermits, The Animals, The Cowsills and Lou Christie.

Can’t You See That She’s Mine
Dave Clark 5        Epic              #4   1964
Epic Records was launched in 1953 by Columbia Records for music that did not fit the theme of the more mainstream Columbia label. Pop music talent on co-owned Okeh Records were transferred to Epic, making Okeh a rhythm and blues label.

Don’t Play That Song
Ben E. King   Atco       #11 1962
ATCO Records was founded in 1955 as a division of Atlantic Records. It was intended as a home for acts that did not fit the format of Atlantic. The Atco name is an abbreviation of ATlantic COrporation.


Dream Baby
Roy Orbison         Monument     #4   1962
Monument Records, according to legend, was named for the Washington Monument. The signing of former Sun Records singer Roy Orbison brought success to Monument Records, beginning with the 1960 release of “Only the Lonely.”
Watch this live version with Bruce Springsteen, Elvis Costello and Tom Waits playing and Bonnie Raitt, k.d. lang and Jennifer Warnes singing back up.

From Me to You
Del Shannon Big Top  #77 1963
The first version of this Lennon and McCartney song heard in the U.S.A. was recorded by Del Shannon.

Have You Seen Her? 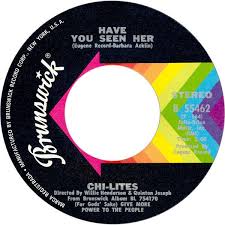 How Do You Do It?
Gerry and the Pacemakers      Laurie              #9   1964
Among the most famous recording artists on Laurie Records’ roster were Dion and the Belmonts, The Chiffons, and Bobby Goldsboro. Dion and the Belmonts were responsible for the first of Laurie's hit singles with their 1958  song, “I Wonder Why.” Ten years later, the group's lead vocalist Dion DiMucci (known professionally as Dion), had a solo hit on the label with “Abraham, Martin and John.” Laurie's chart successes usually occurred one at a time and, for the most part, with one-off hits.


I Heard It Through the Grapevine
Marvin Gaye        Tamla    #1   1968
This version featured the Andantes’ backing track and the strings. You can barely hear Marvin Gaye. Good to sing along to in your car.

I’m On the Outside Looking In
Little Anthony and the Imperials DCP       #15  1964
DCP International (Don Costa Productions) was founded in 1964 by producer Don Costa. The label had great success by reviving the career of Little Anthony & The Imperials.

I’m Ready
Fats Domino        Imperial         #16        1959
Imperial Records was founded in 1946, initially focusing on Mexican musicians living in Los Angeles. The label expanded to record New Orleans R&B, which had been ignored by record companies. Fats Domino was signed to the label when he was 22 years old, and he crossed over into the mainstream pop music market in 1955. Ricky Nelson joined the label in 1957, having recorded three songs on the Verve label as a lark. One of the songs was shown on the Ozzie and Harriet show and Ricky became a teen idol and a consistent hit maker for Imperial.


Chubby Checker/Bobby Rydell Cameo          #21 1961
Cameo-Parkway Records was the parent company of Cameo Records and Parkway Records, which were major Philadelphia-based labels from 1956 to 1967.  Its artists were frequently featured on American Bandstand, which originally aired on TV from Philadelphia. 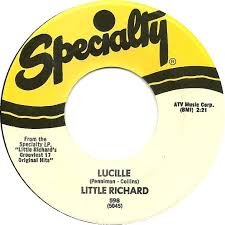 
Otis Redding        Volt        #41        1965
Volt Records, founded in late 1961, was the label home to Otis Redding and the Bar-Kays, among other artists.  In that era many radio stations, anxious to avoid even the hint of payola (radio stations being paid to play records from a particular label to enhance sales), often refused to play more than one or two new songs from any single record label at one time, so as to not appear to be offering favoritism to any particular label. To circumvent this, Stax, like many other record companies, created a number of subsidiary labels, including Volt.

Nothing Can Stop Me


Gene Chandler    Constellation #12 1965
Constellation Records existed from 1963 to 1966, and released approximately 70 singles during that time. The label's most successful artist was Gene Chandler. While it was a prominent label for Chicago soul music, it also released many singles from New Orleans musicians. 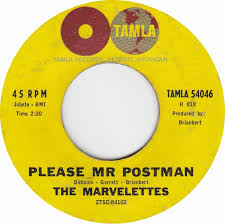 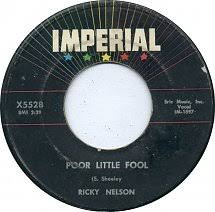 Take Good Care of My Baby
Bobby Vee    Liberty    #1   1961
Liberty Records’ biggest early rock and roll artist was Eddie Cochran. His biggest hit was in 1957 with “Summertime Blues.” Liberty's most successful signing of the early 1960s was Bobby Vee. He covered the Clovers’ 1955 record “Devil or Angel.” His 1960 recording of Gene Pitney's “Rubber Ball” made him an international star, and in 1961 Vee had a big hit with “Take Good Care of My Baby” which peaked at number one, He regularly had Hot 100 hits until 1970. Other major artists on the label included Willie Nelson, Jan and Dean, Johnny Burnette, Gene McDaniels, Del Shannon and Gary Lewis and the Playboys. 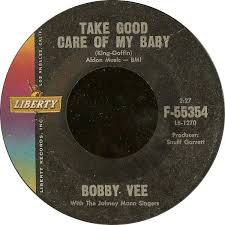 Tallahassee Lassie
Freddie Cannon   Swan     #6   1959
Outside of the Beatles’ "She Loves You," Swan Record's most remembered hit was “Palisades Park” in 1962 by the most successful artist on the label, Freddy Cannon, who also scored a hit with “Tallahassee Lassie.”

‘Til I Kissed You
Everly Brothers    Cadence       #4   1959
Cadence Records charted nearly 100 American singles between 1953 and 1964. Don and Phil were backed by the Crickets on this track. Check out the metronome on the label below.


Times of Your Life
Paul Anka     United Artists        #7   1975
This was used as the theme music for a Kodak commercial. The United Artists label produced rock and roll and R&B hits from 1959 and into the 1960s by The Clovers, The Falcons, The Exciters, Patty Duke, Bobby Goldsboror, Jay and the Americans and later Manfred Mann and The Easybeats. Berry Gordy supplied a number of early Motown artists to United Artists, and, after they left the Atlantic label, songwriters and producers Jerry Lieber and Mike Stoller produced musicians on United Artists. 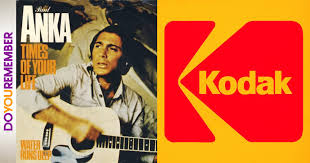 You’ll Never Know
Platters  Mercury        #11        1956
Mercury Record Corporation was formed in Chicago in 1945. It was a major force in jazz, blues, rock and roll and country music records. Early in the label's history, Mercury opened two pressing plants and, with the use of automatic presses and 24-hour turnaround, Mercury went into direct competition with the other major recording labels. 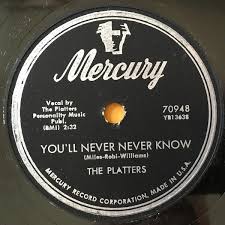 
Posted by Rockin' Remnants at 2:32 PM No comments: