This week it’s the chart sounds of spring

coming to an end, and within a couple of

years, all those high-powered stations on the

AM dial would be talk or news or sports radio.

Of course, this led to the Oldies Radio

format, as some of the great AM voices were

There were a lot of great sounds on both

frequencies this week, including Hall & Oates,

Miller, Jackson Browne, and many more!

We’ll check in with the Birthday Calendar at

of “Carry On Wayward Son” by Kansas not

available on LP or CD, and more great 45

vinyl selections from the JR-chives!

The most successful duo of the Remnants era, this was the

Riding the popularity of the cop buddy TV show, Starsky &

Hutch, David Solberg had his only Top 40 hit with this limpid

Motown borrowed this tune from Gamble and Huff in Philly

and turned it into a dance floor classic.  This was moving up

The only place this single version of Seger’s breakthrough 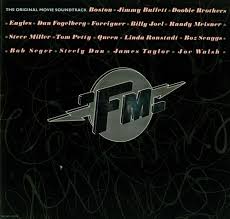 This quirky British band had a run of hits here in the 70’s,

One of my favorite bands of the era, they garnered play on

both the AM and FM dial. One of the great voices of

George had been relatively quiet in the latter part of the 70’s,

to the turntable speed of LP’s, but also George’s age at the

time).  This song (also on the LP, but that’s another story)

The first hit single for these “prog rockers” from Topeka, the

45 version on Kirshner Records has a different lead vocal

take from Steve Walsh, fades out instead of ending cold and

trims 2 minutes from the LP version.  Not available on any

through the early 90’s.  This was her highest charter,

We Belong” with Joe Cocker from An Officer And A

Gentleman and “The Time Of My Life” with Bill Medley from

Dirty Dancing), both of which also won an Oscar for Best

Song; quite a resume!  This was her highest charting solo

One of the early British Invasion artists (“A Summer Song”, 1964), they inked a big deal with Columbia Records in 1965 but music tastes had changed and the hits dried up; this atmospheric 45 peaked at Hot 100 #35. 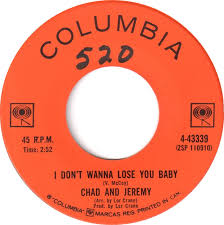 The late Keith Relf supplied the vocals on The Yardbirds tunes of the 60’s and was a founding member of the band Renaissance in 1968.  He was only 33 when he died from electrocution playing an improperly grounded guitar (and not in a bathtub as urban legend has it).
Click here to see the Great Shakes TV commercial!

One of Aretha’s most infectious grooves was recorded at Atlantic Records studios in New York with the Muscle Shoals Alabama Swampers providing that groove.

This song kick-started the career of the #1 artist of the 1970’s, peaking at Hot 100 #8 in late 1970. The former Reginald Kenneth Dwight (who officially changed his name to Elton Hercules John), was voted into the Rock And Roll HOF in 1994 and was knighted in 1998.

The U.K. title for this LP was Jesus Of Cool, but that was considered too controversial for U.S. release and was re-titled Pure Pop For Now People with a slightly different cover.  Nick also produced albums for Graham Parker, Elvis Costello, The Pretenders, John Hiatt, Carlene Carter (his wife at the time), and Johnny Cash (his father-in-law at that same time).

Johnny was an early rocker with his brother Dorsey in the Rock & Roll Trio in 1956. Johnny was only 30 when he died in a boating accident in 1964.

Hoyt Axton was a singer, an actor, and maybe best known as a songwriter, especially for Three Dog Night; “Joy To The World” was the Billboard #1 single of 1971 and this ditty peaked at Hot 100 #5.

Out of the Philly Soul Sound of the 70’s came one of the great soul vocalists of the era, Teddy Pendergrass.  His career was cut short by car accident in 1982 which left him a quadriplegic.
Just FYI, Harold Melvin is the guy on the far right in the video clip from Soul Train. 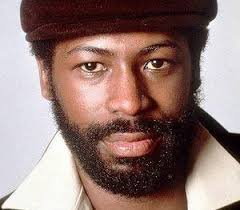 The final track of the LP Toys In The Attic features some nice piano from the former Steven Tallarico, and winds down with a grandiose orchestral flourish from these New England hard rockers.

An early effort penned by Cat Stevens, peaked at Hot 100 #13 for this British combo.

Despite their Anglo-sounding name, this sibling group was actually from Miami; this was their only 45 to chart on the Hot 100.

A unique, “Eastern sound” on this single made it a standout on the Hot 100 in 1963, many years before the The Beatles, The Stones, The Yardbirds, etc. found it in the mid 60’s.

Roy signed a big deal with MGM Records, but this was his only big hit for the label before he left the label in 1969.  20 years later, “The Big O” made a return to the Hot 100 with “You Got It”, helped by his Wilbury buddies Jeff Lynne and Tom Petty.
Click here to see the Geico commercial using this as a bed!

The 45 version of this LP medley was the flip side of “American Woman”, which topped the Hot 100 for 3 weeks.

As we kick off the Happy Hour, some more sounds from the Birthday Calendar:

After leaving The Supremes in 1969, and having a very successful solo career in the 70’s Diana turned to the red hot production team of Nile Rogers and Bernard Edwards (Chic) to update her sound.  This rhythmic number topped the Hot 100 for 4 weeks in the late summer of 1980.

“Ain’t Nobody” – Rufus featuring Chaka Khan, 1983
Chaka Khan supplied the vocals for some of the funkiest soul sounds of the 70’s, and after a short hiatus for a solo career, the band reformed for one last gasp in 1983; peaked at Hot 100 #22.

features Bonnie Raitt on harmony vocals, and a guitar solo 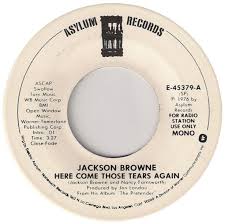 Stewart CD anthologies, although tonight it’s off the original 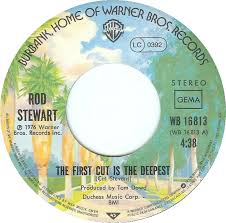 After Norman Whitfield left Motown he discovered this L.A.

Wash.  The title track was a #1 smash hit, while this, the

This band received much FM airplay and sold many LP’s

Andrew Gold was a major part of Linda Ronstadt’s sound

of the mid 70’s, before going solo.  This song was released
in both a short version (4:00) and a long version (4:22).  Here
on Remnants tonight we heard the long version.

A little history lesson here on Remnants: this was the flip-

place to find this version is on the 7” vinyl, and while it ain’t

The Crystals, it’s not half bad, with a really nice sax solo.

The title is a pun of French playwright Jean Genet, and a

Posted by Rockin' Remnants at 10:03 AM No comments: