This week it’s the chart sounds of spring 1971. It was the

heyday of Top 40 AM radio and this was a classic date, with

the sounds of Three Dog Night, Bread, The Carpenters,

say more??? We’ll check in with the Birthday Calendar at

MP3, both Rockin’ Remnants exclusives!  And the cherry on

the top: a pair of tix to see John Hiatt and Lyle Lovett at the

Neil’s appeal in the 70’s was universal; parents bought his

Just My Imagination (Running Away With Me) – The

Tumbling down from the top of the chart, this was the swan

song for Eddie Kendricks, and one of his most ethereal

Tied with “He” by The Righteous Brothers as the shortest 45 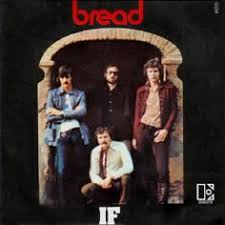 A nice, upbeat comeback single in the early 70’s for TJ,

From the movie Lovers And Other Strangers, this won a
Grammy for Best Song of 1971.

Truly one of the best Beatles cover versions, this soulful

songwriter (#14). A Phil Spector production, who was also

This single off the landmark triple LP All Things Must Pass 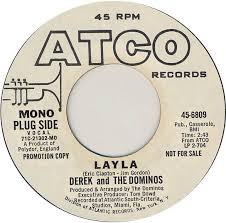 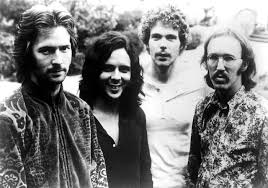 The single edit excludes one guitar lick from the intro,
is sped up a bit and excludes the ending piano/guitar coda.
You probably are not likely to hear this version anywhere except here on Remnants!

Help Me Make It Through The Night – Sammi Smith –

Off the pen of Kris Kristofferson, this was Sammi’s only Hot

The first charting single for the former Steven Georgiou, he

became one of the major players in the “singer/songwriter”

"Born On The Bayou", "It Came Out Of The Sky", 1970
Two reasons why these two member of CCR where one of the best rhythm sections in the Rock’n’Roll era; Stu Cook on bass, Doug Clifford on drums. Awesome riffs!

The late Mike Brown wrote some of the most gorgeous tunes of the “Baroque Pop” era (1967-1968); click here to find out more about this little slice of popular music history. Unfortunately this single only managed to Bubble Under at #120.  Brown is on the far left; lead singer Steve Martin second from right.

One of the great voices in popular music history (“operatic” says Whitburn), Roy made a comeback in late 80’s (aided by a TV special and production from ELO’s Jeff Lynne), but it was cut short by The Big O’s untimely death in 1988, age 52.

Wanna a hit single in the early 80’s?  Just team up with the Bee Gees and voila!  A guaranteed smash!  This was co-written by Robin, Maurice and Barry Gibb, and co-vocal credit to Barry; peaked at Hot 100 #3.

Johnny had a nice run of chart hits in the early to mid 60’s on Cadence and MGM Records.  This song was written by John D. Loudermilk, a man with a great songwriting catalog (he also had a song on our chart date in 1971).  I see in the future a tribute to the man also known as Johnny Dee…

“Batman And His Grandmother” – Dickie Goodman, 1966

Dickie was the king of the novelty “break in” records, where a question would be answered by a line from a current popular song, sometimes to hilarious results!  He was also aware of current social events (“Watergrate”, “Energy Crisis”, and “Mr. Jaws” in the 70’s), and this one reflected the popularity of the Batman TV series in 1966. Click here to read the bio of a truly unique artist.

Co-written by Warren Zevon (under the pseudonym “Lyme”), this dnc on the Hot 100; Mark Volman is the one with the big hair and glasses and later became “Flo” with Howard Kaylan as “Eddie” in the 70’s.

The only Hot 100 charting single for the former Animals keyboard player, this peaked at #80.

The original instrumental version peaked at Hot 100 #22 for

The vocal version (with lyrics by Carel Werber), peaked at 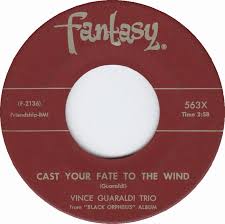 The original by CCR, was on the chart just 2 years previous,

version, which peaked at #4.  Check out the moves of Tina

and The Ikettes at the end of the video! C'mon, and do the

Carlos and his band got much AM and FM airplay in the
early 70’s, punctuated by his soulful guitar lines.  This single
off the LP Abraxas, peaked at Hot 100 #13.

Elton and lyricist Bernie Taupin were really busy guys in the

early 70’s, cranking out 5 albums in just 1 year, including

the soundtrack to this British movie.  The title track peaked 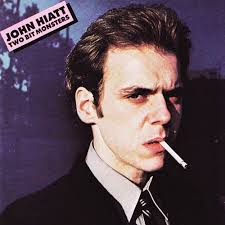 Congratulations to Dave calling in from Dryden!  He was the 9th caller on the listener line when he heard this song the first big break for young John Hiatt (just 21).  John is performing with Lyle Lovett at the State Theatre on May 1st.  Dave wins a pair of tickets from your Home of Winning!

Sir George Martin is probably best known for producing The

Beatles, and later on America. But in between he produced

an LP for this Marin County hippie band, an unlikely

combination if there ever was one.  While receiving much

progressive FM airplay, Seatrain was only hobbled this

peaked at Hot 100 #45, and this version is only available on

Country singer discovered by Buck Owens, this was her only Hot 100 hit, peaking at #54.

This 45 (later titled “Indian Reservation [The Lament Of The

an eternity back in the early 70’s!  Another hit off the pen of 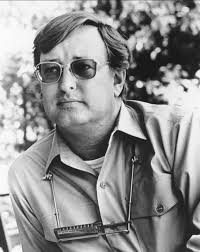 Another Beatles cover on the chart on this date peaked at

(For God’ Sake) Give More Power To The People – Chi-

Records, features not only the message, but the multiple

version features crowd noise overdubs from “the people” not

found on any LP, CD or MP3.  A Rockin’ Remnants

Check out the Big 80's hair in the video clip!

Jeff Beck, Nile Rogers and was produced by Atlantic Records

This British "glam rock" band, made a nice comeback in the

Posted by Rockin' Remnants at 4:06 PM No comments: