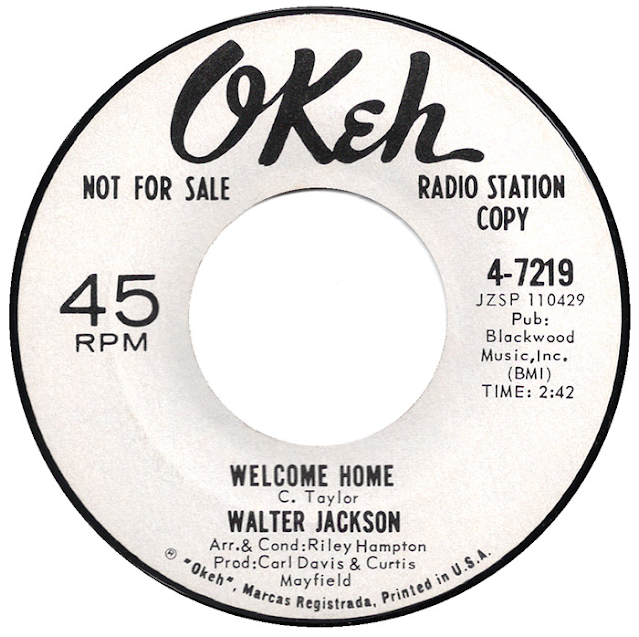 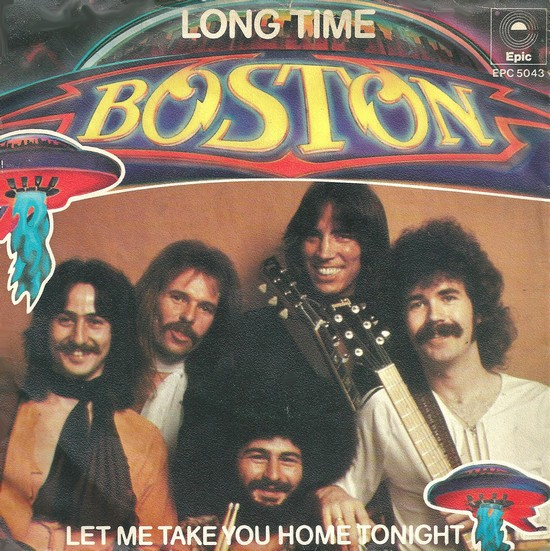 Detroit City - Bobby Bare (1963 - #16: song was written by Mel Tillis and won a Grammy for Best Country Record)
Home to You - Earth Opera (1969 - #97: the psychedelic band out of Boston often opened for The Doors, as both groups were signed to Elektra Records) 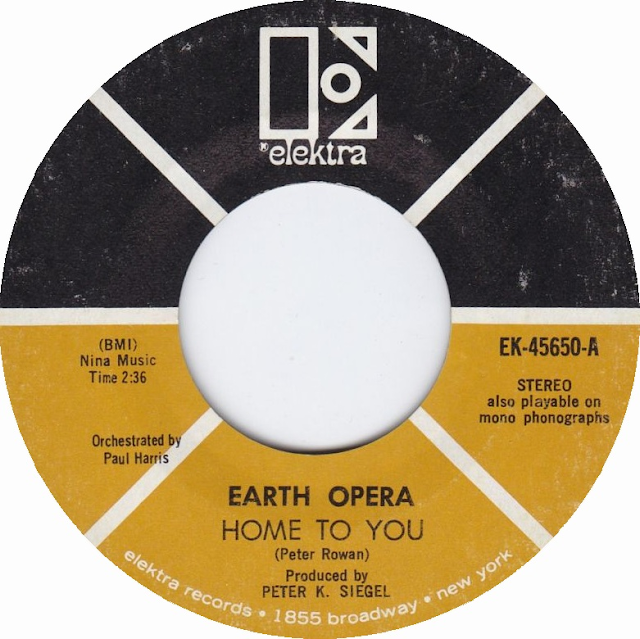 Home Cookin' - Junior Walker and the All-Stars (1969 - #42: title track from the LP of the same name)
*Homeward Bound - Simon & Garfunkel (1966 - #5: a plaque commemorating the song can be found on display at the train station in Widnes, England, where Paul Simon is said to have written at least one verse of the song about missing his English girlfriend) Bobby Sox to Stockings - Frankie Avalon (1959 - #8: Avalon was a teen idol who had 31 singles on the BBHot100 from 1958 to 1962; he later starred in movies and on TV)
Heartaches - The Marcels (1961 - #7: song features the vocal stylings of bass singer Allen Johnson)
Secret Agent Man - Johnny Rivers (1966 - #3: P.F. Sloan wrote and played the distinctive guitar intro for the hit song; Sloan also wrote "Eve of Destruction" and played the guitar intro for the song "California Dreaming") Sixty Minute Man - Billy Ward and His Dominoes (#17 - 1951: song was one of the first to cross over from the R&B to the pop charts)
It's Just a Matter of Time - Brook Benton (1959 - #3: Benton co-wrote the song that was originally intended for Nat 'King' Cole, but when Benton was signed to Mercury Records he recorded it himself) 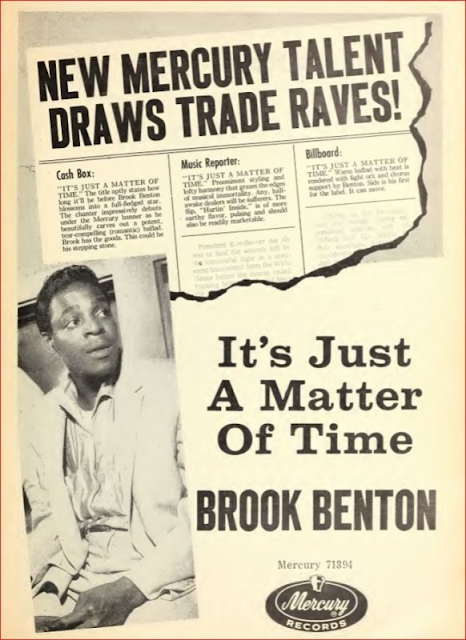 Walk Like a Man - The Four Seasons (1963 - #1: Nick Massi's bass voice is used as a counterpoint to Frankie Valli's falsetto lead vocal)
(You're My) Soul and Inspiration - The Righteous Brothers (1966 - #1: song was a huge hit for the duo, written by Barry Mann and Cynthia Weil) 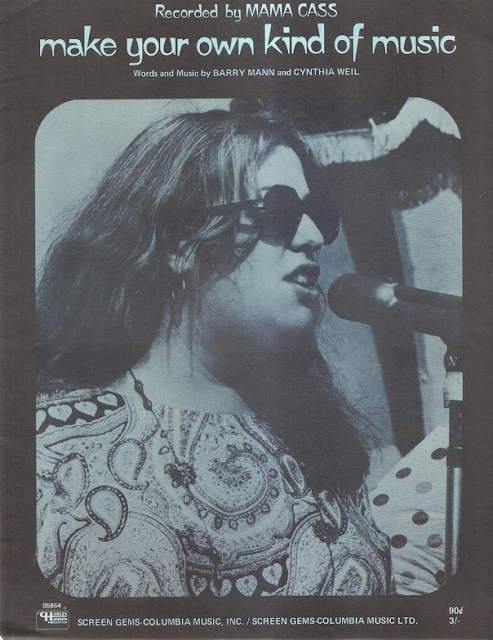 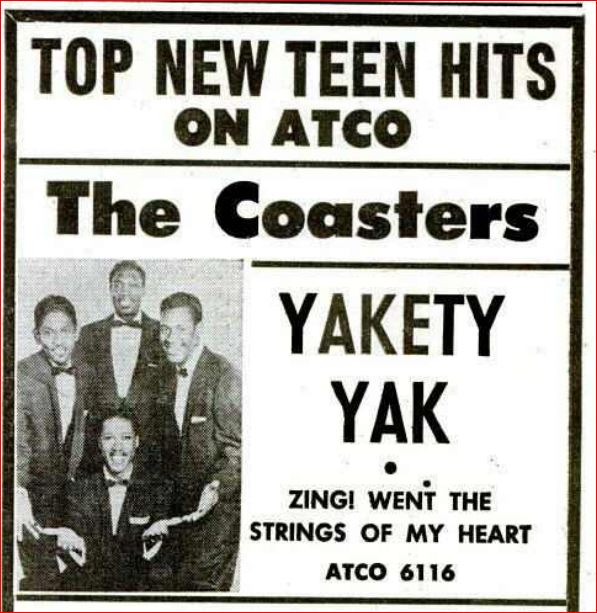 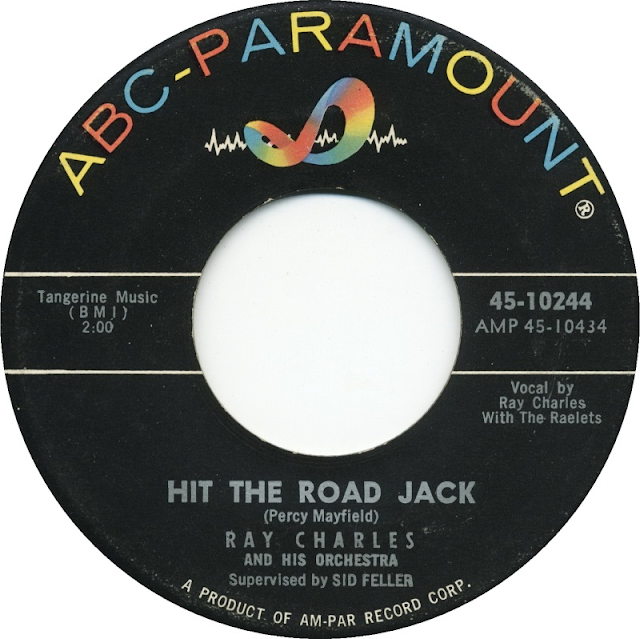 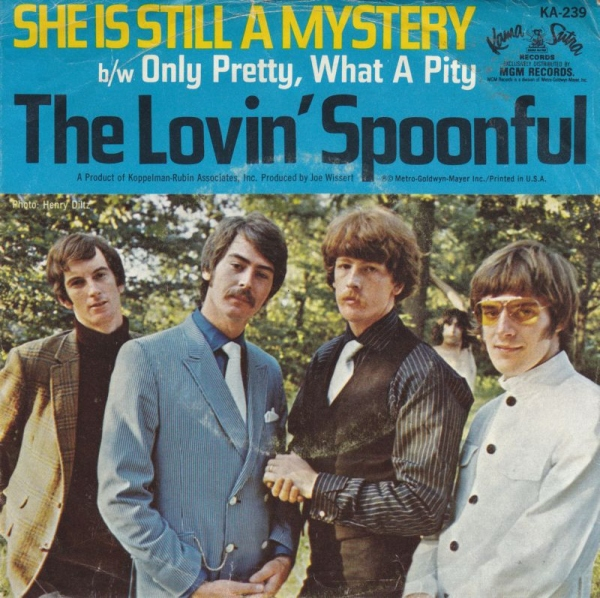 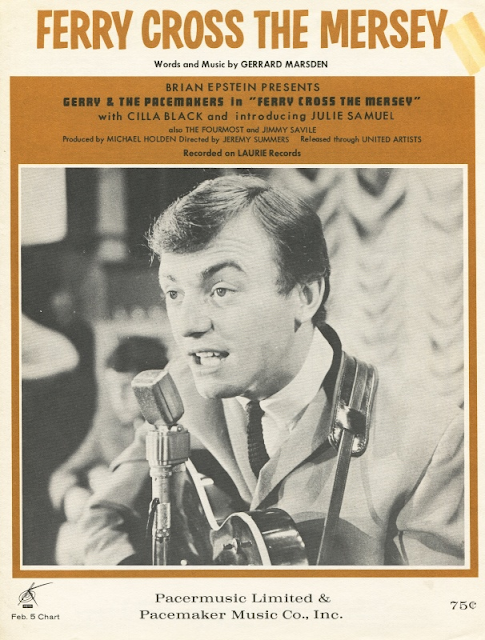 A Summer Song - Chad & Jeremy (1964 - #7: although their folk sound was nothing like the rock emanating from England, the duo is included in the British Invasion)
Leaves That Are Green - Simon & Garfunkel (1966 - DNC: song was released as the flip side to "Homeward Bound")
Ain't Got No Home - Clarence "Frogman" Henry (1957 - #20: Henry wrote the song that gave him his amphibian nickname)
Can't Find My Way Back Home - Blind Faith (1969 - DNC: the super group produced only one LP)
Run Home to Your Mama - Evie Sands (1965 - DNC: another song written by Chip Taylor) 2,000 Light Years From Home - The Rolling Stones (1968 - DNC: song was released as the flip side to "She's a Rainbow" and came from their psychedelic LP Their Satanic Majesties Request) 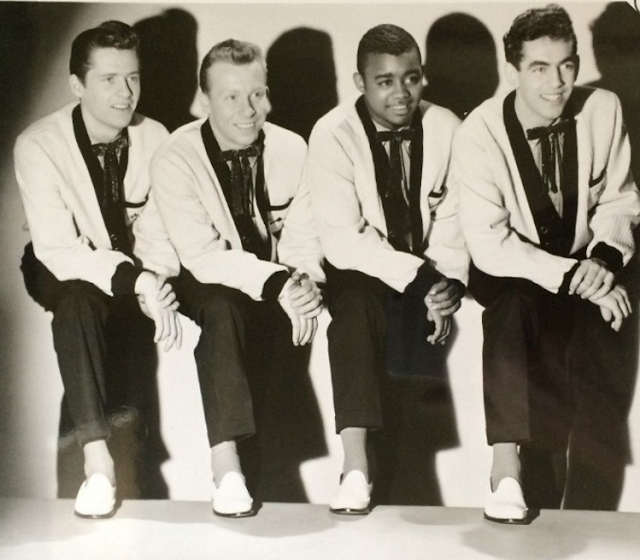 Don't Come a Drinkin' (With Lovin' on Your Mind) - Loretta Lynn (1966 - DNC: although it did not make the Pop charts, the song was Lynn's first #1 on the Country charts and one of her best known songs) 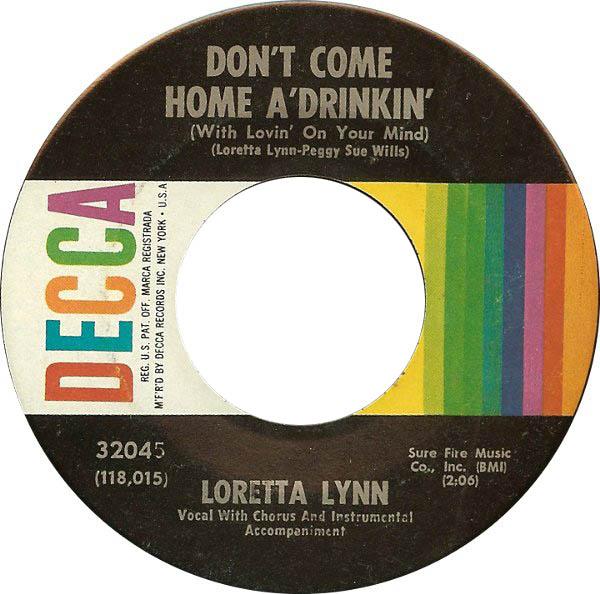 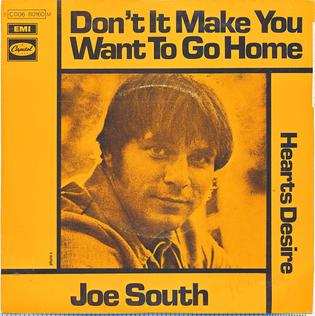 CLOSING THEME:  Sleepwalk – Santo & Johnny (1959 - #1 for two weeks; brothers Santo [steel guitar] and Johnny [rhythm guitar] Farina from Brooklyn)
Glossary of Terms:
dnc = did not chart
nr = not released as a single at the time
AC = Billboard’s chart for “Adult Contemporary” records
BB = Billboard Magazine, which publishes the Hot 100 chart (previously known as the Top 100), along with several other charts
Bubbling Under = songs that were ranked but fell below the top 100
C&W = Billboard’s chart for “Country & Western” records
R&B = Billboard’s chart for “Rhythm & Blues” records
RRHOF = Rock and Roll Hall of Fame
RS500 = Rolling Stone Magazine’s ranked list of the top 500 singles of all-time
Host October 1, 2022: John Rudan (JR) with Golden Oldies!
Thanks for tuning in! You can listen to Rockin' Remnants every Saturday night from 6-9pm on WVBR (93.5 FM in Ithaca, NY) or streaming here.
Thanks again to our sponsors Island Health & Fitness and Rasa Spa for their support every week!
Posted by Rockin' Remnants at 4:28 AM No comments:

Feature: It’s What It Is

Question:  Several different “It’s” songs have the same titles. Who were the artists who recorded: a) It’s Alright, b) It’s Gonna Be Alright, c) It’s Too Late?

Tom Jones was an unknown at the time the song was passed on to him by Sandie Shaw. It’s hard to imagine anyone else singing it now. The BBC refused to play the song at first, but pirate radio did.

This angry anthem of identity came out of the citadel of commercial songwriting, the Brill Building.

This was the first hit single produced by Quincy Jones who rushed the release of the record to radio music directors when he discovered that Phil Spector intended to release a version of the song with the Crystals.

Curtis Mayfield grew up with gospel music and he taught himself how to play guitar.

Written by Goffin/King with backing vocals by the Sweet Inspirations. 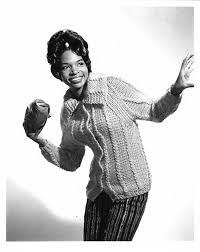 Covered in 1970 by Derek and the Dominos.

This was the B-side to “You Can Depend on Me.”

The Jordanaires back up Nelson on this track that, at least thematically, resembles the Everly Brothers’ “Wake Up Little Susie.”

It's Going to Take Some Time Carole King  DNC

King was a fan of the Carpenter’s cover version of the song.

John Simon suggested this track. It featured Rick James on vocals and Neil Young on guitar and was not released until Motown issued the Singles Box Set in 2006.

This was one of the few songs in 1982 that debuted in the top 40 of the Hot 100, but it only peaked at #11. Requested by Scottie for Brooktondale Peggy.

Not bad for a melody composed in 1898. Presley first heard the tune while stationed in Germany with the Army.

Orbison was originally praised for his guitar playing rather than his voice. The first time he wore dark glasses on stage was when he had lost is regular glasses. He found that he preferred dark glasses to help him cope with his shyness.

Sweet soul from the Baltimore girl group The Royalettes.

From Cat Stevens’ platinum LP “Catch Bull at Four” which topped the Billboard 200 album chart in 1972.

Haven’t Got What It Takes Judy Clay 1966

She recorded duets and solos on Stax, Atlantic and this one, written by Van McCoy, for Scepter Records.

A truly smoking track with a false ending.

This is the original recorded version of the song that was a 1989 hit for Simply Red.

This was America’s comeback hit after 3 years out of the top 40.

Although Lewis continued to record for many years, this was his last top-40 record.  Lewis died on Monday September 12, 2022.

This was Peter Cetera’s second composition for Chicago, with Danny Seraphine as co-writer on this one.

Steve Gaines (who replaced Ed King as one of the band’s guitarists) wrote the song before he joined Lynyrd Skynyrd.

The opening is reminiscent of “Foxy Lady.”

He Doesn’t Love Her  Martha and the Vandellas 1966

Betty Kelly replaced Annette Beard as a Vandella and was subsequently fired from the group in 1967.

The uncredited musicians were phenomenal on this track.

The Valentinos were basically the Womack Brothers, and the song was written by Bobby and Shirley Womack. 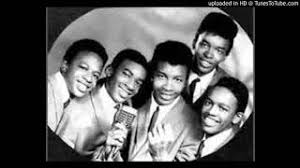 Barbara Lynn did it all: she wrote and sang her own songs and she played left-handed guitar. 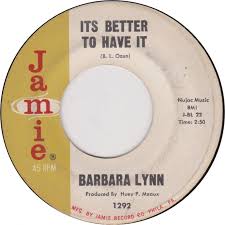 Tommy Edwards was the first African American artist to reach the #1 spot on the Billboard Hot 100.

This was a Cynthia Weill/Barry Mann composition.

Carolyn Franklin had the “Franklin sound,” but she was her own person. She wrote and sang back up on some of sister Aretha’s songs.

Requested by Mike and played without the apostrophe. Trudy Packer was the voice for “Tell the people what she wore,” and “Stick around, we’ll tell you more.” The song was credited by some for an uptick in bikini sales.

This comes from the only album the Blossoms ever recorded as featured artists under their own name. The group consisted of Darlene Love, Fanita James and Jean King. They sometimes were labeled The Crystals as well as Bob B. Soxx and the Blue Jeans. They never had a hit of their own as the Blossoms, but their contributions to countless other records made them successful.

The song was originally written for a 1957 film called “Lizzie,” and Mathis’ version has subsequently been heard in at least five other films since then.

This was a Lennon-McCartney song that they composed for Cilla Black. McCartney had heard Black record “Anyone Who Had a Heart” at Abbey Road and was inspired to write his own song for her.

On the Veep label, the group is called Anthony and the Imperials.

The Larks were early an example of the Philadelphia soul sound.

Lyricist Toni Stern has said that she wrote the song after her break up with James Taylor.  Also, Carole King had divorced Gerry Goffin fairly recently.

Sam Cooke was an influence on the vocal style of the group.

b) Maxine Brown, Gerry and the Pacemakers

Unfortunately, nobody answered the question correctly, so the Cinemapolis movie passes go back into the vault. Better luck next time!

Host September 24: Jan Hunsinger whose focus will be "Going Home."

Posted by Rockin' Remnants at 12:32 PM No comments: