Tonight it's a two-man tag team. JS leads off with some songs about Summer and then plays a bunch of records from Summers past. JR will then take the reins and bring you tunes from the summer of 1982. Here's what he has to say....
Thanks, JS... The line between AM and FM radio was fading fast, and the songs played tonight from July '82 were hits on both bands!
Hot 100 info is where the song was on the chart on this date 33 years ago; Album Rock info is where the song peaked on that chart.


Carlos Santana, with a birthday on July 20th, famously fronts the band called "Santana." What was the band's original name?

So Much in Love - The Tymes (8/63; #1 - the smooth sounds of this  summertime beach classic open tonight's show. The band was from Philadelphia, home of Cameo-Parkway Records.) 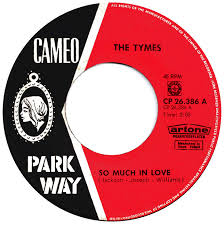 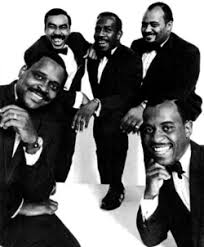 Grazing in the Grass - Hugh Masekela (7/68; #1 Pop for 2 weeks, #1 R&B for 4 weeks -  a big surprise hit for the South African horn player. A year later, the Friends of Distinction would add lyrics and score their own hit with it.)

Summer Symphony - Lesley Gore (6/69; dnc - this lush b-side was hidden on her final Mercury single: a medley of 98.6 and Lazy Day. Neil Sedaka co-authored this one and  would later release his own non-charting version of it.)


See You in September - The Happenings (7/66; #3 - this stunning re-make of an obscure single by the Tempos put this New Jersey quartet on the map. The Tokens arranged it and produced it and released it on their own BT Puppy Records label.)

You Were On My Mind - We Five (7/65; at #70 this week, headed to #3 - penned by Sylvia Fricker of Ian & Sylvia, who had a low-charting version out a year earlier. She famously tells of being met with boos in England when she started to sing it in concert; the Folk audience thought she was doing a pop-tune "cover!")

* Theme From "A Summer Place" - Lettermen (6/65; #16 - a vocal treatment of Percy Faith & His Orchestra's big instrumental hit from five years earlier. The caller said "This might be a longshot...," but we had it!)

* The Wanderer - Dion (1/62; #2 - the telephone request was for "something by Dion & The Belmonts." These weren't the Belmonts, but it's definitely Dion, and it's partly a tribute to recently-departed songwriter Ernie Maresca, who wrote some of Dion's biggest hits. R.I.P.)


A Fork In The Road - The Miracles (7/65; #135 - tucked away on the b-side of one of Smokey Robinson's greatest achievements, The Tracks of My Tears. The request was for "something soulful." This and the following track should do
the trick.) 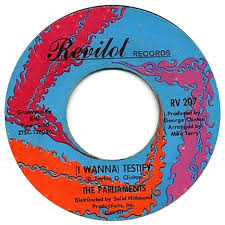 45 Corner: I'll Marimba You - Julius Wechter & Baja Marimba Band (7/69; dnc - buried on the b-side of a record that spent two weeks at #121, this is one jumpin' marimba tune!  Julius is the guy in the middle playing the xylophone)

Sometimes - Paul Revere & The Raiders (5/65; #131 - this record deserved a much better fate, but their breakthrough wouldn't occur until they started appearing on daytime television's Where the Action Is. Fourteen of their next fifteen records would reach the Top 40.)


* Just a Little - Beau Brummels (5/65; #8 - the highest-charting single for this San Francisco band was produced by young Sylvester Stewart and released on the Autumn Records label.) 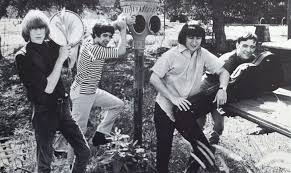 Stormy - Classics IV (10/68; #5 - we play this one tonight for Dennis Yost's birthday, but also to honor the recently-departed Buddy Buie, who wrote and produced this and many other classic songs.)


Jingo - Santana (10/69; #56 - the first Santana single was a relative flop and was panned by Billboard's singles reviewer at the time. It has since become part of the band's enduring legacy.)


A Girl Like You - Rascals (7/67; #10 - follow-up to their groundbreaking smash hit Groovin' featured a great drumming performance from Dino Danelli.) 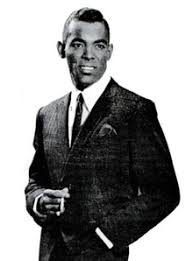 Follow the Rainbow - Terry Stafford (8/64; #101 - Suspicion reached #3 in April of 1964. This one didn't crack the Hot 100. Terry's Pop hit days were behind him, but Nashville would later embrace him as a songwriter and recording artist.)


Put Away Your Teardrops - The Lettermen (8/64; #132 - Capitol Records was putting most of their energy into their Rock acts like the Beatles and the Beach Boys, but the Lettermen would manage to hover around the Hot 100 for another seven years.)


This Diamond Ring - Gary Lewis & Playboys (1/65; #1 - featuring the uncredited playing of members of the Wrecking Crew, this was the first of a remarkable seven Top Ten hits for Gary and the 'Boys.)

* Wouldn't It Be Nice - Beach Boys (7/66; #8 - from the mind of the brilliant Brian Wilson. The recording of this track is re-enacted in the movie Love & Mercy, which I highly recommend.) (If You Let Me Make Love To You Then) Why Can't I Touch You - Ronnie Dyson (7/70; #8 - the debut single for this Off-Broadway singer/actor who got his break in the Tribal Rock Musical Hair.)

Platinum) this was the theme from the movie Rocky III.

Sitting behind Survivor on the Hot 100, this nonetheless

won the Grammy for Record of the Year.

and was tumbling down the chart on this date.

Techno-rock was the “new wave” of the early 80’s, and this
British duo took a cover version of the original Gloria Jones
soul offering from 1964 to its peak this week, their only U.S.
hit.  Click on the link to hear the 12” remix featuring a cover
of “Where Did Our Love Go”!


Phil Collins horn-based sound influenced the sound of these
prog rockers through the 80’s and they placed more songs
on the Album Chart than the Hot 100, including 2 #1’s and 2
#2’s. This peaked at Hot 100 #32. 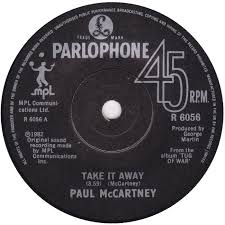 Back 33 years ago we played this off the LP Tug Of War,
where the intro of the song segues from the previous one.  I
found an import 45 with a picture sleeve… clean intro!  This
peaked at Hot 100 #10.

The first single off the LP Daylight Again, the band’s 3rd (not
including releases with Neil Young), peaked at Hot 100 #9.


British rock, progressive 80’s-style, the APP scored many
album hits, and this was their highest charting Hot 100 entry,
peaking at #3.  The LP version featured an instrumental
called “Sirius”, a somewhat anthemic instrumental which
segued into the song; we’ll hear that version and you can
also hear it on the video link.  Some may recognize “Sirius”
as an intro of many sports teams…


ANSWER. Santana was originally called "The Carlos Santana Blues Band." Carlos was quite unassuming, but the San Francisco area Musician's Union required that somebody be designated "band leader." He reluctantly agreed to lend his name for those purposes.

Congratulations to Scott from Ithaca, for correctly answering the question and winning a pair of passes to Cinemapolis, Ithaca's independent five-screen movie house!

Posted by Rockin' Remnants at 6:23 PM No comments: