Thanks to our sponsors Island Health & Fitness and
Rasa Spa for their support every week! 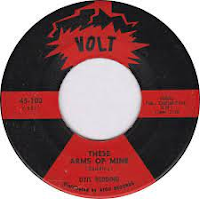 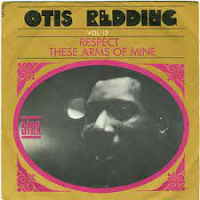 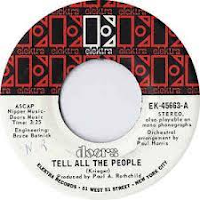 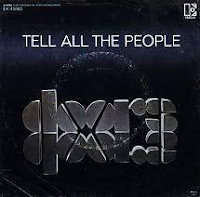 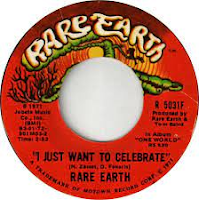 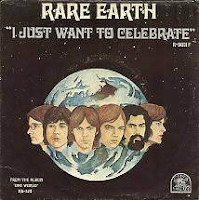 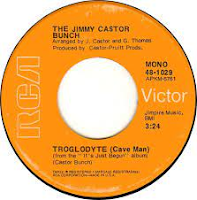 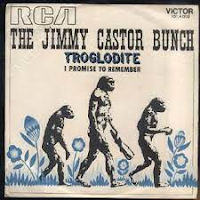 Sloop John B (Vocals Only) - The Beach Boys - Capitol Records released Pet Sounds Sessions in 1997, on the 30th anniversary of the album's original release; 4 CD's including mono and stereo mixes along with studio outtakes and this gem. 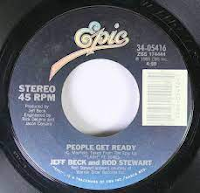 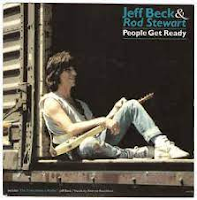 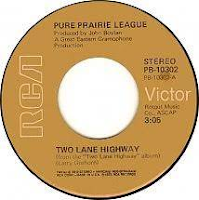 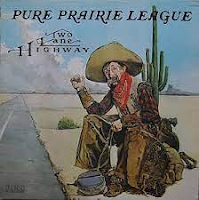 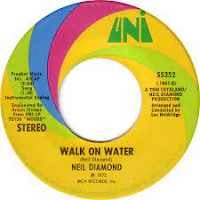 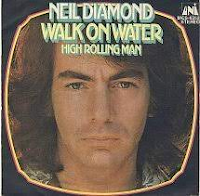 Two Faced Man - Gary Wright - 1971 - Check out the really cool live version of this on The Dick Cavett show!  Look for the special guest guitarist in the background... 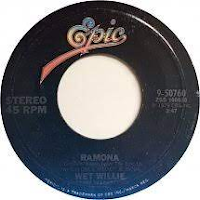 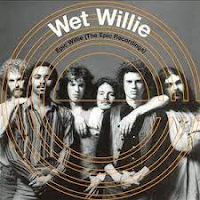 The Ark - Gerry Rafferty - 1978 - An album track from City To City, which put Gerry on the map with "Baker Street"!
There's A Place In The World For A Gambler - Dan Fogelberg - 1975 - From the LP Souvenirs and also the FM soundtrack.
Jesus Was A Crossmaker - The Hollies - 1972 - From the LP Romany that features a rare lead vocal from guitarist Terry Sylvester.
CLOSING THEME:  Sleepwalk – Santo & Johnny (1959 - #1 for two weeks)
Glossary of Terms:
dnc = did not chart
nr = not released as a single at the time
AC = Billboard’s chart for “Adult Contemporary” records
BB = Billboard Magazine, which publishes the Hot 100 chart (previously known as the Top 100), along with several other charts
Bubbling Under = songs that were ranked but fell below the top 100
C&W = Billboard’s chart for “Country & Western” records
R&B = Billboard’s chart for “Rhythm & Blues” records
RRHOF = Rock and Roll Hall of Fame
RS500 = Rolling Stone Magazine’s ranked list of the top 500 singles of all-time
Host July 3, 2021: John Simon (JS) with a feature on Charting Covers.
Thanks for tuning in! You can listen to Rockin' Remnants every Saturday night from 6-9pm on WVBR (93.5 FM in Ithaca, NY) or streaming here.
Thanks again to our sponsors Island Health & Fitness and Rasa Spa for their support every week!

Posted by Rockin' Remnants at 8:43 AM No comments:

At Woodstock, Havens had already performed every song he knew in his set and he was asked by the promoters to continue playing because artists performing after him were stuck in traffic. He took the song “Motherless Child” and improvised “Freedom” from that. The track was released as a single in 1972 but it did not chart.

Papa Was A Rolling Stone Temptations 1972

This track won three Grammys in 1973. It was their last #1 hit. Trumpet solo by Maurice Davis.

Paul McCartney has said that he wrote the song at the age of 16 after recovering from the flu.

From JT’s album “Dad Loves His Work.” It was the B-side to “Hard Times.” Greg Taylor played harmonica. 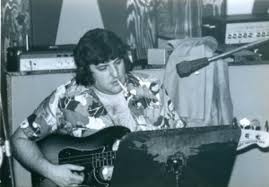 If you focus on the bass part by Bob Babbitt—it is a symphony unto itself.

The song began its life as a poem written by Chapin’s wife Sandra. Chapin once said that the song reflected some of his own relationship with his son Josh, saying, “Frankly, this song scares me to death.”

From her “Lady Soul” album.

This was the B-side to “Moon Shadow.”

From the LP of the same name.

Bob Marley wrote the song in response to the impoverished conditions he observed while visiting Haiti.

Written, according to composer and lead singer Ray Dorset, in ten minutes. 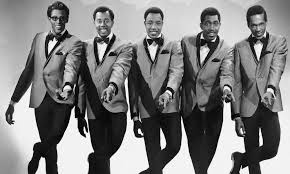 The first sound you hear on “Ain’t Too Proud” is Uriel Jones’ drum roll.

Marv Tarplin went to high school with Mary Wilson and Florence Ballard and played on their early gigs as the Primettes. He also was present at their Motown audition, and we know what happened after that. His opening riff to this song was a re-working of a Harry Belafonte calypso song. 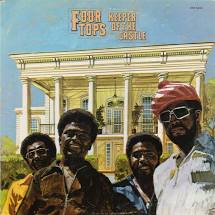 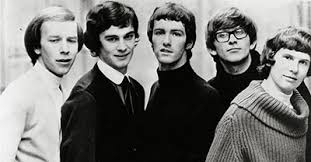 Rod Argent wrote this track that appeared on their eponymous first LP released in the States.

This is a bonus track from his first LP with some great vocal harmonies and chord progressions.

The track features great harmonies and a Motown groove. 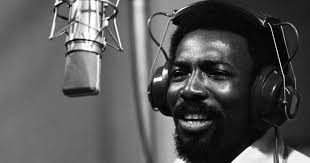 A song about finding lasting love during the summer of love.

Teddy Pendergrass sings lead on this original version of a much-covered song.

Taking a wild guess that Brian Wilson really was bugged by his abusive father Murry. 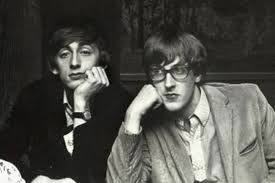 This was the version released in the U.K. with Chad and Jeremy trading vocals rather than the unison singing heard on the U.S. version.

For reasons that are not clear, David Crosby had refused to sing his vocals on the track. The band’s manager sat on his chest and insisted that he sing. Crosby reportedly had a tearful catharsis and sang brilliantly.

A tribute to stepfathers, who are sometimes shortchanged on Father’s Day.

Formed in Long Beach CA, War pioneered a fusion of musical influences that formed the progressive soul genre. “Summer” was the only new song included on their  1976 greatest hits LP.

The Bramletts had a rocky marriage, but a lot of rocking friends. Musicians on this LP include King Curtis, Bobby Whitlock, Little Richard, Duane Allman, Jim Gordon, and Sneaky Pete.

This track is taken from an archived Motown compilation of Michael Jackson tracks recorded in 1973 called “Farewell My Summer Love.” It was not released until 1984 when it was re-mixed with additional instrumental overdubs.

Legend has it that Stewart was discovered by Bo Diddley who hired him to play piano for his band. His scat singing and lip trills were a trademark of his inimitable singing style.

Collins’ father Charles was not a miner but a singer and a radio host. He was also blind. He died before ever having a chance to hear the song. The beautiful piano part was played by Mike Melvoin and the bassist was Chris Ethridge.

The song was written by Barry Mann and Cynthia Weill. Peterson was a Mouseketeer and played on “The Donna Reed Show.” Peterson sang this song on the show to his on-screen dad, Carl Betz.

Natalie Cole had spent much of early adult career trying to differentiate herself from her father’s musical approach. When she made the “Unforgettable” LP, she seemed to embrace the enduring legacy of her father and his songs. The single won four Grammys, and the LP won the Grammy for Album of the Year.

The single was released after the group’s performance at Woodstock to capitalize on their increased profile. Hot fun, indeed…

This song was originally intended to be included on Nilsson's LP "Aerial Ballet," however The Monkees paid for exclusive rights to the song so that they could record a cover of it for use in their film "Head."

According to his widow, Hathaway wept with joy when he heard the final studio mix of this track 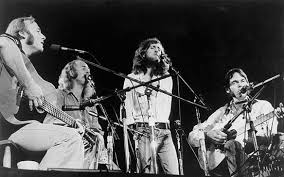 This was the B-side to “Ohio” about the Kent State massacres. Stephen Stills wrote the song and starts the track with some of his unmistakably poignant guitar work. The record was released one month to the day after the massacre—which in 1970 was astonishingly quick.

Little Richard wrote and recorded “Freedom Blues” over 50 years ago. It was his biggest American pop hit in thirteen years. Check out the lyrics--the song could have been written yesterday.

Host June 26, 2021: John Rudan with a spotlight on Oldies from the J-Archives

Posted by Rockin' Remnants at 2:08 PM No comments: