Question: Name three musical groups who had at least four siblings from the same family.

They are indeed family: Debbie, Joni, Kathy and Kim Sledge. This recording is preserved in the Library of Congress.

Saxophonist Jerry Martini called the record “an unhip thing to do.”

Sam, Charles, Moses, Harry, and Gene Armstrong were from Rochester NY. This was the original version of the song later covered by Grand Funk. Suggested by John Simon.

Till I Kissed You  Everly Brothers  (Don and Phil)

Brother Don wrote this perfect track that appeared on all three Billboard charts that existed at the time.

Jackie, Tito, Jermaine, Marlon and the other one. What a hidden gem of a track. Several brothers traded off on the lead vocal and the guitar solo is brilliant.

This Allen Toussaint song was one of the songs the Pointer Sisters recorded as a demo when they were in search of a record deal.

This was from an LP called “Givin’ It Back” consisting of cover versions by people like Stephen Stills, Eric Burdon and Neil Young.

This was a Carole King/Toni Stern composition, and King reportedly liked the Carpenters’ cover version very much. The flute solo was by Bob Messenger.

Dick and Don Addrisi wrote the song that the Association made famous in 1967.

Gregg Allman once said he didn’t even have time to get out a piece of paper when this song entered his consciousness, so he wrote it on an ironing board cover. The track did not chart, but it did make the Rock and Roll Hall of Fame.

Brian Wilson wrote the song as an homage to the Four Seasons. Dedicated by listener Rick to his wife Wendy on her birthday. Thanks for making Remnants part of your party!

This song, apparently written in 10 minutes, features a variety of rhythms and tempos. Requested by Scottie for Brooktondale Peggy.

This reached #5 in the UK but did not chart in the U.S. Like the Beatles, the Merseybeats played the Cavern Club in Liverpool.

From the LP “Rising Sun.” Vocals and Keyboard by Alan Price, sax solo by Ray Pizzi.

This song placed second (out of 18) in the 1972 Eurovision contest.

This is a punchier version of the Howard Kaylan song originally performed by The Turtles.

There were so many takes of this song that the musician credits are uncertain. The Wrecking Crew may have been involved, but it seems certain that Larry Ramos and Russ Giguere sang lead.

Campbell was a member of the Wrecking Crew at the time and they were the players on the record. If your spirits ever need a lift, watch Campbell perform "Gentle.." for his musician friends in this video.

From his eponymous fourth studio LP before he “came alive.”

Keyboardist Paul Carrack was recommended by Elvis Costello to sing lead, rather than Glen Tilbrook or Chris Difford.

This was a non-album single on Monument records released in 1959. Floyd Cramer played piano and Boots Randolph played saxophone.

This song is heard during the opening credits of the film “Anchorman.”

Brothers Ralph, Pooch, Chubby, Butch and Tiny sang about how difficult it is to pursue a job and a relationship at the same time.

Two of the Angels were sisters: Barbara and Phyllis Allbut. How refreshing to hear a girl group taking on the traditionally male surf music genre.

From Winston Salem, the “5” Royales had a major influence on R&B and rock musicians such as James Brown, Steve Cropper and Eric Clapton. At various points the group contained two sets of brothers: Pete and Clarence Pauling and Johnny and Gene Tanner.

Released on the SAR label, which was founded by Sam Cooke. Their name was spelled variously as Sims or Simms.

Actually, the Bobbettes did not particularly like Mr. Lee who was their 5th grade teacher. 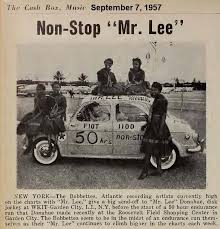 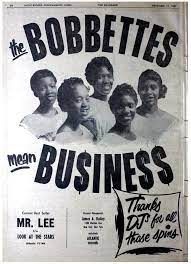 This original version was originally a B-side. I would argue that the vocal style is more scat singing than doo-wop.

From their first LP “Bayou Country” when everybody thought they were from the Louisiana bayou. 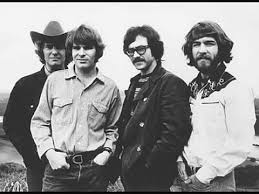 This was the last hit single by the Spencer Davis Group before the Winwood brothers left the band.

Written by John and Johanna Hall and made famous by Janis Joplin. The late Larry Hoppen graduated from Ithaca College in 1971.

If the song sounds like Earth Wind and Fire, that may be because it was composed by Maurice White and Al McKay.

The song took Maurice White three months to compose and he finished it after seeing “Close Encounters of the Third Kind.” The video below really takes off at 3:34.

Nancy Wilson had a cold when she recorded her lead vocals for this track that was written by Bernie Taupin and Martin Page.

The song was written by Jeff Barry and Ellie Greenwich who had recently gotten married.

Two sets of brothers: Rudy and Bernie West and Ripley and Raphael Ingram. Written by Chuck Willis. A really cool use of vocal echoing and whispering.

This was the Ronettes fourth consecutive to 40 hit. 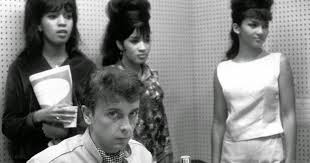 Ray Davies wrote the song on an upright piano after a stretch of writer’s block. 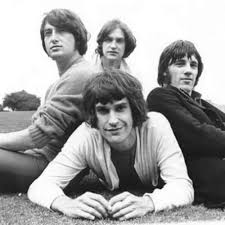 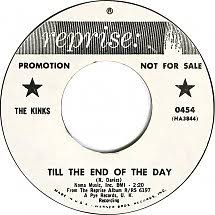 Neither One of Us (Wants to Be the First to Say Goodbye) Gladys Knight and the Pips.

This song was intended for the Miracles but, due to contractual and financial complications, was given to the Royalettes. Laura Nyro and LaBelle cut a fine cover of the song as well. 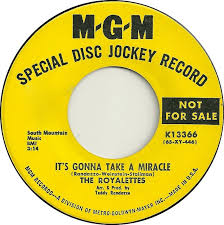 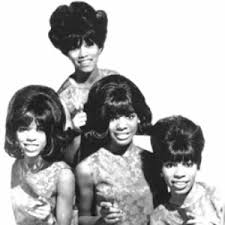 Brothers Richard and Arthur Brooks were members of the Impressions until 1962.

Congratulations to Mike from Cayuga Heights for correctly answering the question and winning a pair of movie passes to Cinemapolis, downtown Ithaca’s movie house for independent, international and local films.

Posted by Rockin' Remnants at 7:34 PM No comments: