Tonight's theme: "Standing in the Shadows of the Hits" - uncredited guest artists who helped make good songs even better. Names like King Curtis and Curtis Mayfield, Dee Dee Warwick and Bobby Womack, plus Mick Jagger, Paul McCartney and Joni Mitchell. Join JS from 6-9 for a fun ride on the WVBR Time Machine! All aboard.....


June 27 –not a birthday, but a passing.....guitarist, singer and composer Bobby Womack passed away yesterday at age 70. He played on hundreds of sessions by artists ranging from Wilson Pickett and Aretha Franklin to Jazz guitarist George Benson and the iconic Janis Joplin. He deserves a spotlight on tonight's theme show. See below....

He Will Break Your Heart – Jerry Butler (10/60; #7; #1 R&B for 7 weeks; co-written and produced by Jerry's former band mate Curtis Mayfield, who sings a virtual duet on the choruses) 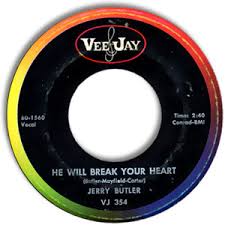 On Broadway - The Drifters (3/63; #9 - penned by Leiber/Stoller and featuring a guitar break by none other than a young Phil Spector. This record was the centerpiece of a TV commercial in the '60s that you can view here! 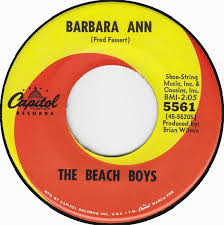 I'm In Love - Wilson Pickett (12/67; #45 Pop, #4 R&B - written by the late Bobby Womack who added guitar licks and vocal support on this uncharacteristically tender ballad by "The Wicked Pickett") 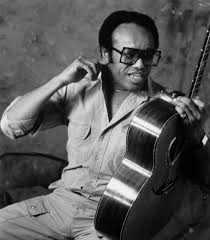 * Someday Soon – Judy Collins (2/69; #55 - penned by Canadian songwriter Ian Tyson, this version was produced for "Sweet Judy Blue Eyes" by Stephen Stills, who also played the bass guitar on it  -  and who would soon pay tribute to her in his song "Suite: Judy Blue Eyes" with Graham Nash and David Crosby)

* Yellow Submarine - Beatles (8/66; #2 - featuring a slew of guests in the recording studio, including Marianne Faithful and the Rolling Stones' Brian Jones [on "percussion and clinking glasses"])

You've Got to Hide Your Love Away - The Silkie (10/65; #10 - produced by the song's writer John Lennon, with guitar support from Paul McCartney and tambourine by George Harrison)

So You Want to Be a Rock 'n' Roll Star - The Byrds (2/67; #29 - with a persistent trumpet figure played by an uncredited Hugh Masekela) 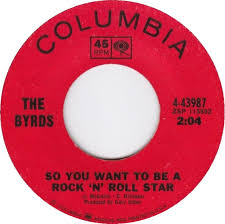 Woman – Peter & Gordon (2/66; #14 - young Peter Asher's sister Jane was dating a certain Beatle, who offered the fledgling Pop/Folk duo a song he'd been tinkering with. As an experiment to see if his songwriting could succeed without the weight of the "Lennon/McCartney" name, Paul submitted it under the pseudonym "Bernard Webb.")

You're So Vain – Carly Simon (1/73; #1 for 3 weeks - featuring the unmistakable-yet-unacknowledged voice of Mick Jagger on the choruses)

Beck's Bolero – Jeff Beck (released as a b-side in the UK in March of 1967, this recording featured the impressive line-up of Jeff Beck and Jimmy Page on guitars, Keith Moon on drums, John Paul Jones on bass and Nicky Hopkins on piano)

My Baby Must Be a Magician - Marvelettes (12/67; #17 Pop, #8 R&B - featuring the slinky guitar playing of The Miracles' Marv Tarplin and the resonant opening line "You are under my power. It is the power of Love" voiced by the Temptations' Melvin Franklin)

To Sir with Love - Lulu (10/67; #1 for five weeks - backed by the instrumental support of The Mindbenders, who also played uncredited in the movie)

Doctor My Eyes - Jackson Browne (3/72; #8 - JB's chart debut featured the shimmering harmony vocals of none other than David Crosby and Graham Nash)

Rock Me on the Water - Linda Ronstadt (3/72; #85 - written by Jackson Browne, with background vocals from Don Henley. Randy Meisner and Glen Frey, who would soon go on to form the Eagles)


That's the Way God Planned It – Billy Preston (8/69; #62, charted again 7/72; #65 - produced by George Harrison who added guitar support, and featuring the all-star rhythm section of Ginger Baker on drums, Keith Richard on bass, Eric Clapton on guitar and Billy Preston, himself, on organ)

Badge - Cream (4/69; #60 - co-written by Eric Clapton and George Harrison, who also played guitar on the recording. Read all about it here!) 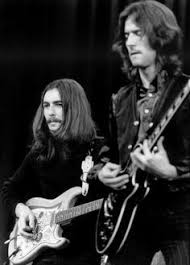 * All Along the Watchtower – Jimi Hendrix (9/68; #20 - his only Top 40 record had uncredited studio support from Dave Mason and Brian Jones. Rolling Stone Magazine lists it as #48 on its "Top 500 Singles" list) 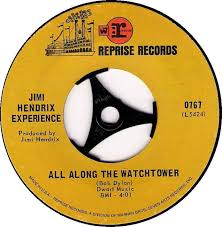 Someday We'll Be Together - Diana Ross & The Supremes (12/69; #1 - the final R&B #1 single of the '60s was also the final one for the group. Ironically, Diana was the only Supreme on the record. Background vocals were supplied by sisters Maxine & Julia Waters  -  and by composer and producer Johnny Bristol, whose voice can be heard encouraging her throughout the song.)

I Want You Back - Jackson 5 (1/70; #1 Pop and R&B - the first R&B #1 of the '70s was also on the Motown label, and has to be one of the greatest debut singles of all-time. Motown had re-located to LA and was also using west coast studio players by this time. Wrecking Crew guitarist Louie Shelton plays the guitar figure [check out the video]. Crusaders Joe Sample and Wilton Felder played piano and bass on the session, respectively.)

* Youngblood – Leon Russell (recorded in 1971 at George Harrison's Concert for Bangla Desh and combined in a medley with Jumpin' Jack Flash. Not released as a single, but it got lots of FM radio play back in the day)

Que Sera Sera - Mary Hopkin (7/70; #77 - produced and arranged by Paul McCartney, who also played guitars and bass. Ringo played the drums.  Originally charted in 1956 by Doris Day, #2, from the Alfred Hitchcock thriller The Man Who Knew Too Much.)

Part of the Plan - Dan Fogelberg (2/75; #31 - with producer Joe Walsh on guitar and Graham Nash on harmony vocals)

Rock and Roll Lullaby - BJ Thomas (2/72; #15 - we end with one of the greatest uncredited collaboration records of the era. Darlene Love and the Blossoms provide sha-la-la vocals. Dave Somerville of the Diamonds multi-tracked his vocals to sound like Beach Boys and Duane Eddy was brought in to play that twangy guitar.)


Host Next Week (July 5):  JS with in-studio guest Greg Perrault and a spotlight yet to be determined.


Posted by Rockin' Remnants at 9:06 AM No comments: