Rockin' Remnants is broadcast from WVBR-FM Ithaca.  Check out our web page, like us on Facebook, and tune in to 93.5 or stream the show every Saturday night!  (Or download the WVBR+ app now available for iOS and Android!)

What is the original German name for the song about a tree?

(scroll down for the answer below the playlist)

A GOOD STORY IS BETTER THAN THE TRUTH

But I am sure I have always thought of Christmas time, when it has come round, as a good time: a kind, forgiving, charitable, pleasant time: the only time I know of, in the long calendar of the year, when men and women seem by one consent to open their shut-up hearts freely.
- Dickens, "A Christmas Carol"

MY FATHER THE MACHINIST

The Never Ending Battle with the Christmas Tree

HERMAN AND THE TURKEY

This is the night when the animals talk, and I know what the dog said to my Mom

The Battle of THE TREE continues, Jean Sheppard had it good with a leg lamp

It was the last thing he ever recorded. Satchmo died the following July. You just never know. Embrace the moment, especially at Christmas.

Transcendent voices binding us, each to the other

I’m sure my mom had other concerns, probably had to lose pay to do it, but this is what love is.

You die when your name is spoken aloud for the very last time.
Tell you family your stories, stories like the ones I told you this evening,
They will keep those stoies, and you, in their hearts long after the telling is done.

Thanks for being among my family tonight

"O Tannenbaum" is the original German name of the song you may know as "O Christmas Tree".  Happy holidays, everyone!

Thanks for tuning in!  You can listen to Rockin' Remnants every Saturday night from 6-9pm on WVBR (93.5 FM in Ithaca, NY) or at wvbr.com/listen.
Posted by Rockin' Remnants at 4:40 PM No comments:

Rockin' Remnants is broadcast from WVBR-FM Ithaca.  Check out our web page, like us on Facebook, and tune in to 93.5 or stream the show every Saturday night!  (Or download the WVBR+ app now available for iOS and Android!)

This group's first entry on the Billboard Pop Chart was "White Christmas" in 1955 -- who were they?

(scroll down for the answer below the playlist) 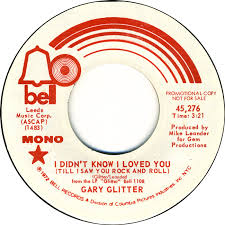 Jambalya (On The Bayou) - The Blue Ridge Rangers - 1972 - This group is CCR's John Fogerty incognito, singing and playing all the instruments 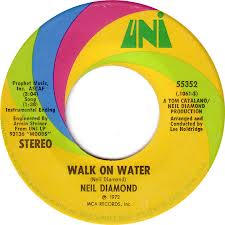 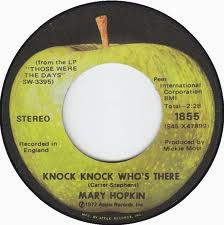 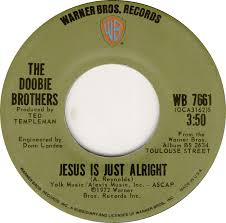 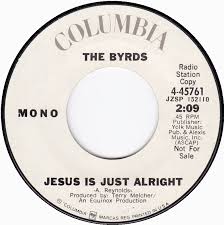 Try Too Hard - The Dave Clark Five - 1966 - Clark was actually the drummer, not the vocalist 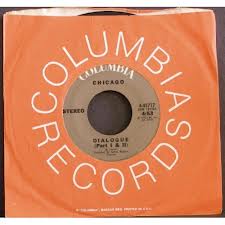 Keeper Of The Castle - The Four Tops - 1972 - First 45 release on Dunhill Records, after
leaving Motown! 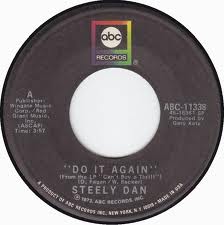 White Christmas - The Drifters - 1954 - featuring Clyde McPhatter and Bill Pinkney - #2 on the R&B chart in 1954, and the following year it was the first Drifters song to hit the Billboard Top 100

Christmas Will Be Just Another Lonely Day - Brenda Lee - 1964

The Twelve Days of Christmas - Bob and Doug McKenzie (Rick Moranis and Dave Thomas, respectively) - 1982 - from their comedy album, The Great White North

The Drifters - they recorded White Christmas in 1954, and the following year it was the first of their recordings to make it onto the Billboard Hot 100.

Thanks for tuning in!  You can listen to Rockin' Remnants every Saturday night from 6-9pm on WVBR (93.5 FM in Ithaca, NY) or at wvbr.com/listen.

Posted by Rockin' Remnants at 9:02 AM No comments:

1) This singer/songwriter/guitarist and his brother formed a band in high school that went on to sell millions of records for a small California label.

2) In 1969 they played the Woodstock Music Festival and also took three singles to #2 on the Billboard Hot 100. Two years later his brother left the band, beginning a long-standing feud

3) His songs have been covered by acts including Solomon Burke, Tina Turner, The Checkmates and Bruce Springsteen (who personally inducted him into the R 'n' R Hall of Fame).

(answer below the playlist)

I'm Gonna Make You Love Me - Supremes & Temptations [written by Gamble & Huff; debuted on this date in '69, went all the way to #2 on the Pop chart]

Expressway to Your Heart - Soul Survivors [Blue-eyed Soul record produced by Gamble & Huff on the Crimson label; #4 in November '67]

*Across the Universe - The Beatles [originally recorded for a benefit album in 1969, later included on Let It Be. This version first surfaced on Past Masters, Vol. 2 CD]

Please Come Home for Christmas - Charles Brown [the original from 1961; Eagles would have a hit with it in 1978, but this is the real deal]

*Remember When - The Platters

Cast Your Fate to The Wind - Vince Guaraldi Trio

Make it Easy on Yourself - Jerry Butler [a Bacharach/David tune later covered by The Walker Bros.]

*Send Me Some Lovin' - Little Richard [the charting b-side of Lucille, from 1957]

Take Five - Dave Brubeck Quartet [#25 in the Fall of '61; the Jazz pianist died this week, two days before his 92nd birthday]

Baby (You're My Everything) - Hedgehoppers Anonymous (feat. Jonathan King; rel. as a single in the UK]

*Gloria - Them [requested in honor of the caller's departed mother, whose birthday is this coming week]

The End - Earl Grant [#7 in Fall of '58; this Jazz keyboardist mostly released instrumental singles. Not this time!]

These Days - Gregg Allman [from his 1971 solo release Laid Back; song written by Jackson Browne]

Thinking of You - Loggins & Messina [45 version, which is a different performance from all LP/CD versions]

*River - Joni Mitchell [from her album Blue. A perennial FM radio holiday favorite, with a dedication "from Dave to Vikki"]

When Will I See You Again - Three Degrees [original 45, presented to JS by his buddy PB, whose birthday was 12/8/53 and who died way too young]

Thanks for tuning in!  You can listen to Rockin' Remnants every Saturday from 6-9pm on WVBR-FM, Ithaca, 93.5 on the dial or at wvbr.com/listen.
Posted by Rockin' Remnants at 12:11 PM No comments: