Clue 1:
This artist was a mainstay at Columbia Records for over 3 decades, charting over 50 albums!

Clue 3:
This artist's highest charting song was "Somewhere My Love" from the movie Dr. Zhivago.


Scroll down to find the answer after the playlist... 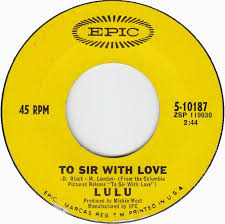 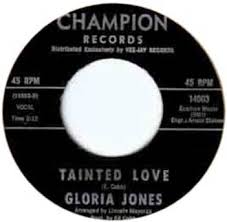 The Look Of Love - Dusty Springfield - 1967 - Composed by Burt Bacharach and Hal David for use in the James Bond spoof "Casino Royale" (the 1967 spy comedy film). 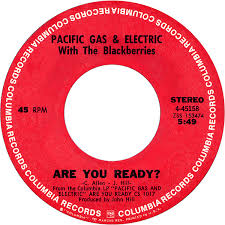 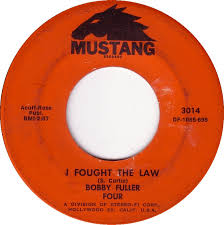 Little Bitty Pretty One - Thurston Harris - 1957 - There have been numerous cover versions, including one by the Jackson Five in 1972. 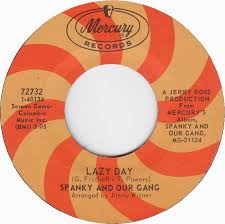 Back On The Street Again - The Sunshine Company - 1967 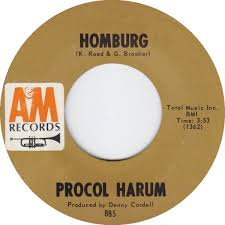 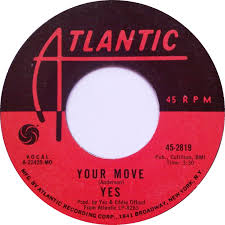 No Sugar Tonight/New Mother Nature - The Guess Who - 1970 - The first part of this medley was half of the double-sided #1 single "American Woman". 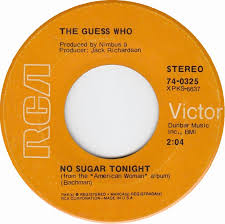 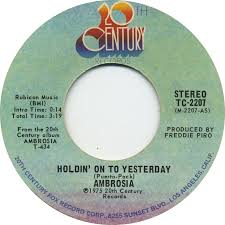 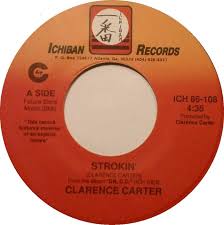 Answer to this week's trivia question:

RAY CONIFF, his Orchestra and Chorus

Thanks for listening, and please tune in again next week!


Posted by Rockin' Remnants at 3:38 PM No comments:


Name the tv theme played (Peter Gunn), the character's occupation (private eye), and the composer of the theme song (Mancini).


You Ain't Seen Nothing Yet -- Bachman-Turner Overdrive

Stranded In The Jungle -- The Cadets

Just What I Needed -- The Cars

Lovers Who Wander -- Dion And The Belmonts

The Wanderer -- Dion And The Belmonts

Ruby Baby -- Dion And The Belmonts

Takin' It To The Streets -- The Doobie Brothers

Listen To The Music -- The Doobie Brothers

On Broadway -- The Drifters

Go Your Own Way -- Fleetwood Mac

You're No Good -- Linda Ronstadt

You're My Best Friend -- Queen

We May Never Pass This Way -- Seals And Crofts

Get Closer -- Seals And Crofts

Reelin' In The Years -- Steely Dan

Thanks for listening!  Tune in again next week for more Rockin' Remnants...

Posted by Rockin' Remnants at 11:37 AM No comments:

Feature:  "Baby Love" (songs about babies or with "baby" in the title or lyrics, in honor of JS's new grandchild!)


Clue 1:
This iconic NYC singer appeared on only six Top 40 records between the 60s and the 80s but has come to represent at least one entire genre of popular music.
(incorrect guesses: Steve Forbert, Dick Dale)

Clue 2:
Charting covers of her original recordings were more successful for acts including Jay and the Americans, the Beach Boys, and Andy Kim.

Clue 3 (wasn't needed since someone correctly guessed after Clue 2):
In the 70s, she left her famously abusive husband.  Billy Joel wrote a song about her, and she recorded with artists including George Harrison, Southside Johnny and the Asbury Jukes, and Bruce Springsteen's E Street Band.


Scroll down to find the answer below the playlist....

Rock 'n' Roll Lullabye - BJ Thomas - mono 45 edit - with Duane Eddy, the Blossoms and Ron Hicklin (filling in for The Beach Boys, who never showed up to do their part) providing in-studio assistance.  This should have been a bigger hit, but the record label folded soon after the song was released.

Isn't She Lovely - Stevie Wonder** - He started writing it when she was "...less than one minute old".  This is from the album Songs in the Key of Life, 1976, and it wasn't released as a single but it got played as though it was.

You Can't Sit Down - Dovells

You Baby - The Turtles - also recorded by the Mamas and the Papas, written by P.F. Sloan and Steve Barri

Ooo Baby Baby - Miracles**  - This was one of a number of charting versions of this song.  Linda Rondstadt did it, and the Five Stairsteps had a great version of it in 1967.

7-8 p.m. (no Birthday Calendar this week but yes to Trivia)

Hey Baby (They're Playing Our Song) - Buckinghams - From Chicago, on Columbia Records (they had left local label USA Records by that point).

Baby I Love You - Ronettes**

The Letter - The Arbors (2 years after the Box Tops took it to #1 and one year before Joe Cocker would take it to #7. In between, the Arbors reached #20  with this psychedelic version from 3/69)


Baby It's You - Smith - This was the highest-charting version of this song; it hit #5 in 1969.  The song was a Bacharach and David composition, and Gayle McCormick sang the lead vocals on Smith's version.

You Really Got a Hold on Me - Beatles* - This is a cover of a Smokey Robinson song, and it was on the second album by the Beatles (With The Beatles, 1963).

Oh Babe, What Would You Say? - Hurricane Smith (studio engineer on all of the Beatles pre-1966 recordings!)

Superstar - Carpenters - Karen Carpenter and her brother Richard were joined by studio musicians The Wrecking Crew.  The song was written by Leon Russell and Bonnie Bramlett.

Danny's Song - Loggins & Messina** - This was the b-side of a single, and it was on the album Sittin' In.  It was also sung in the pilot episode of the tv show Raising Hope.

The 45 Corner: Yes, Yes, Yes - Bill Cosby - [this original 45 is scratchy and slightly off center] Capitol released this as a 45 single, which made it to #46 on the pop charts and #11 on the R&B charts.  This song was also on the 1976 musical comedy album "Bill Cosby Is Not Himself These Days".

(Baby You Can) Drive My Car - Beatles* [cab driver request]

Answer to the trivia question:

Clue 2:
This artist graduated from Howard University in Washington, D.C., and was discovered by jazz pianist Les McCann.

Clue 3:
This artist sang duet hits with Donny Hathaway in the 70's.

Answer is below the playlist... 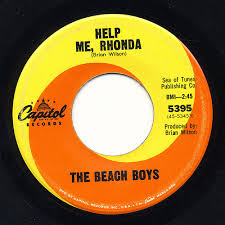 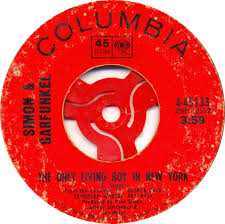 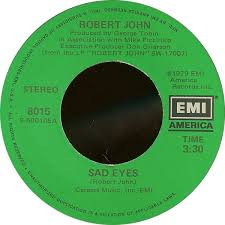 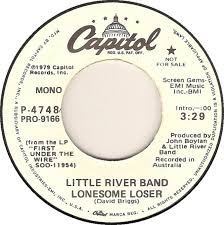 
Answer to this week's trivia question: 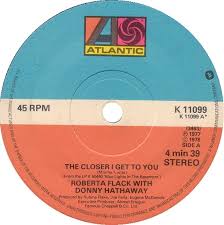 Thanks for tuning in!  You can listen to Rockin' Remnants every Saturday from 6-9pm on WVBR (93.5 FM in Ithaca, NY) or at wvbr.com/listen.
Posted by Rockin' Remnants at 11:33 AM No comments:

Dec 8 -- Greg Allman -- Played keyboard and sang with the Allman Brothers.  He was born in Nashville TN, and he and his brother spent a lot of time in northern FL and Macon GA.

Dec 8 -- Jerry Butler, the "Iceman" -- He's 72 years old now, and still singing.  You might have seen him on PBS, hosting the oldies stuff they do there.  He was born in Sunflower Mississippi, and his baritone voice came out of a gospel tradition.  He sang with the Impressions for a while, then went off and forged a solo career, and his buddy Curtis Mayfield did a lot of production work for him.  Butler later moved to Philadelphia and became part of the Philly sound with Gamble and Huff.

Clue 1
This singer, guitarist, and record company executive got his start playing covers of old rock-n-roll records in a Los Angeles nightclub.

Clue 2
Although his biggest hit was one he wrote himself, he famously recorded the first version of Jimmy Webb's "By the Time I Get to Phoenix", he also released the first single of James Taylor's "Fire and Rain", and he scored big hits with remakes of two Chuck Berry records.

Clue 3 wasn't needed this week, as someone called with the correct answer after Clue 2.  Here is some additional info:
The club was the Whisky A Go Go.  His biggest hit was "Poor Side of Town".  One of the Chuck Berry records he covered was "Memphis".

SCROLL DOWN FOR ANSWER TO TRIVIA QUESTION (below the playlist)

(Note:  An asterisk before the song title indicates that the song was a request.)

Sleigh Ride -- Ventures -- They had a whole album of surf tunes and holiday songs.  You can hear "Walk Don't Run" leading into "Sleigh Ride" at the beginning of this song.

Walk with a Winner -- Gene McDaniels -- This was released as a 45 on Liberty Records and never charted.  Jack Nitzsche is listed in the production credits.  Gene McDaniels had a career that encompassed pop, big band, ballads, and jazz, and he composed a bunch of classic tunes.  He passed away this past year.

The Look of Love -- Lesley Gore -- 1965 -- Released as a 45, then quickly pulled back and re-released with some jingling bells to make it more holiday-ish.  It rode the holiday wave right into the Top 20.

It's Cold Outside -- The Choir -- This band was from Cleveland.

Don't Take it So Hard -- Paul Revere and the Raiders

He's So Fine -- Chiffons -- This was a #1 hit for the Chiffons on Laurie Records.

Hooked on a Feeling -- BJ Thomas -- This is the mono 45 version, which contains an extra overdub of the hi-hat.

*Can I Get a Witness -- Marvin Gaye

Make it Easy on Yourself -- Jerry Butler -- 1962 -- Written by Burt Bacharach and Hal David, later covered by the Walker Brothers as well.

Only the Strong Survive -- Jerry Butler --  This was a big hit for Butler, with Kenny Gamble and Leon Huff at the controls.

The "In" Crowd -- Dobie Gray -- Dobie Gray was a singer/songwriter who only had a few hits on the radio but had a huge impact on music.  He passed away in Nashville on Tuesday (Dec 6, 2011) at age 71 due to complications from cancer.  This was his first hit, in 1965, and it was later covered by many other artists.

No Room to Cry -- Dobie Gray -- This was Gray's final recording on Charger Records in 1966, and it didn't chart.

As You Used to Do -- Ian and the Zodiacs -- This British band had a great local following in their hometown of Liverpool, but they got overshadowed by the success of the Beatles.  The most successful song for them in the U.S. was their version of Wade in the Water, which was a regional hit in the southwest.

Both Sides Now -- Judy Collins -- This 45 version from Elektra Records is in mono.  The version on the Wildflowers album is slightly different.

The Look of Love -- Aloha Burke -- Aloha Burke was the only sister in the sibling band The Five Stairsteps, and this is the lone 45 she released under her own name on Cobblestone Records.  Her brothers provide lyrical and instrumental support on this recording.

Stumble and Fall -- Darlene Love -- Phil Spector produced this 45, and then it was immediately retracted.  It can only be found on some Phil Spector anthologies.

Do What You Want to Do -- Five Flights Up

You Can't Change That -- Raydio -- This was one of the first songs released by Ray Parker Jr. and the band Raydio in 1979.

*Shining Star -- Manhattans -- This was a big hit in the early 80s, on Columbia Records.

*Shining Star -- Earth, Wind, and Fire -- This is from the album "That's the Way of the World" on Columbia Records.

If We Make It Through December -- Merle Haggard

*Candles in the Rain -- Melanie -- Melanie is backed up on this song by the Edwin Hawkins singers.  She wrote this song after seeing all the lights flashing on the hillside at Woodstock.

*First Time Ever I Saw Your Face -- Roberta Flack -- This was used in the movie Play Misty for Me.

Stuck in the Middle with You -- Steeler's Wheel -- This was featured in the movie Pulp Fiction.

Half the Way -- Crystal Gayle

Part of the Plan -- Dan Fogelberg -- Fogelberg gets some help on this song from David Crosby, Graham Nash, and Joe Walsh.

Stoned Soul Picnic -- Laura Nyro -- This song was from her album "Eli and the Thirteenth Confession".  Laura Nyro used to live in Ithaca and was recently inducted into the Rock and Roll Hall of Fame.  Her father and brother still live in town, as do many fans.  She was a songwriter and singer, and at one point in 1969 she had four songs in the Top 20 that she had written, including songs performed by The 5th Dimension, Blood Sweat and Tears, and Three Dog Night.

ANSWER TO THIS WEEK'S TRIVIA QUESTION:

JOHNNY RIVERS  -- John Ramistella was his real name, and he started his own record company called Soul City Records.  Among his many claims to fame:  he discovered (and re-named) the group The 5th Dimension.

Thanks for listening, and please tune in again!
Posted by Rockin' Remnants at 11:22 AM No comments: