What do these 3 songs (played clips of Return To Sender, Handy Man, and Fever) have in common?

* My Bonnie (My Bonnie Lies Over The Ocean) – Beatles with Tony Sheridan (#54 this week, and would peak at #26 a few weeks later.  The same recording had previously been released as a single in the US in 1962 under the name Tony Sheridan And The Beat Brothers, but did not chart at the time.) 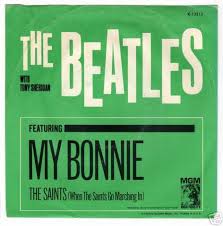 Popsicles & Icicles – Murmaids (#50 this week, having peaked at #3 in Jan 1964.  The song was written by David Gates of Bread, and was released with four different b-sides.)

Suspicion – Terry Stafford (debuted on the Hot 100 this week at #99; it would eventually reach #3.  The song had been an album track for Elvis Presley in 1962, and after Terry Stafford’s single was a hit, Elvis’s version was released as a single as well, but it only “bubbled under” at #103.)

I Feel Good All Over – Sam Butera & The Witnesses (1962, did not chart.  This song was also recorded by The Fiestas, and their version bubbled under at #123.)

That Girl Belongs To Yesterday – Gene Pitney (peaked at #49 this week in 1964.  The song was written by Mick Jagger & Keith Richards.)

That’s What Love Is Made Of – Miracles (fall of 1964, peaked at #35, co-written by Smokey Robinson, Bobby Rogers, and Warren “Pete” Moore)

Please, Please, Please – James Brown & The Famous Flames (peaked this week at #95.  It had previously been released in 1956 and had been a hit on the R&B chart.)

Oh Carol – Smokie (released as a single in Europe in 1978 and in the US in 1979, did not chart in the US.  This British group had previously had a Top 40 hit in the US with their song Living Next Door To Alice.  Oh Carol has a similar title but is completely different than the Top Ten hit Oh! Carol by Neil Sedaka in 1959.) 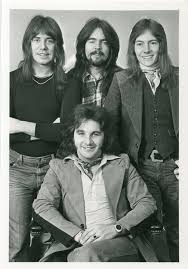 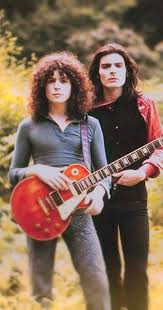 
Return To Sender, Handy Man, and Fever are all songs that were written or co-written by Otis Blackwell (although he sometimes used the pseudonym John Davenport).  He also wrote/co-wrote Great Balls Of Fire, Don’t Be Cruel, All Shook Up, and many more.

Congratulations to Michael from Ithaca, for correctly answering the question and winning two passes to Cinemapolis!

Posted by Rockin' Remnants at 2:01 PM No comments: