Rockin' Remnants, the best of the 50's, 60's and 70's every Saturday night!   Tonight we check out the sounds of the late February 1970, with Led Zeppelin in the 45 Corner, the Birthday Calendar at 7:00, and Remnants trivia with a Papa John's pizza up for grabs!


Thank You Falettinme Be Mice Elf Again – Sly & The

double-sided #1 with Everybody Is A Star on the flip) 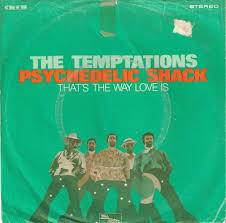 who'll make their appearance later in the program 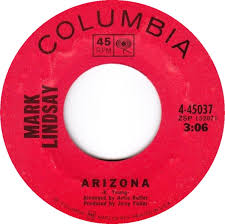 A nice comeback single for the late Benjamin Peay,


Walk A Mile In My Shoes - Joe South and The Believers

The only Top 40 hit for this Pittsburgh area band, who's

moniker came from a popular singer of the era. A

member of the Jaggerz, Dominic Ireace, surfaced as

present the short version, which edits out the "ape call"

section in the middle of the long version and LP version,


Give Me Just A Little More Time - Chairman Of The

Aretha Franklin covered this in 1771 as the b-side of

Always Something There To Remind Me - R.B. Greaves - 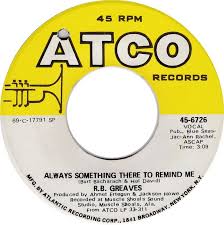 "This Song" - George Harrison, 1976.  There's a great story behind this song. Click here for the gory details!

"Folsom Prison Blues" - Johnny Cash, 1968 (The original studio version of this was released on Sun Records in 1956).

"Blueberry Hill" - Fats Domino, 1956.  Fats' highest charting single at #2.  Check out a great documentary of this influential artist on American Masters on PBS.

"Devil With A Blue Dress On & Good Golly Miss Molly" - Mitch Ryder And The Detroit Wheels, 1966.

Q: According to Joel Whitburn's Top Pop Singles, based on the chart information from the weekly Billboard Hot 100, who is the #1 artist of the 1970's?
A: Elton John.

Congratulations to Zach from Ithaca who knew the answer and won himself a large one-topping pizza from Papa John's.

"Border Song" - Elton John, 1970.  This was Elton's first single to hit the Hot 100, and only peaked at #92, floundering for 5 weeks on the chart.  Fortunately, this was not a sign of things to come...  click on the video to see a young Elton with a lot of hair and a lot of voice!

"Rumble" - Link Wray & His Ray Men, 1958.  This is in the background of the "Jack Rabbit Slim's" restaurant scene in the movie Pulp Fiction.

"Harlem Nocturne" - The Viscounts.  First-time stereo version here on Remnants.  Thanks to JS! 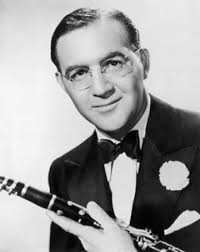 
The flip side of this, "Groupie (Superstar)", was later changed to just "Superstar", and recorded by the Carpenters!  Little did they know...


Love Grows (Where My Rosemary Goes) - Edison Lighthouse - BB Hot 100 #68.  One of many British studio bands to feature the vocal talent of Tony Burrows; others include The Brotherhood Of Man, First Class, The Pipkins and White Plains)


The Bells - The Originals - BB Hot 100 #51.  This group was a Marvin Gaye production for Motown's Soul Records.


"Dancing In The City" - Marshall Hain, 1978.  I found this in one of my many music research books next to "Marshall Tucker", and I was intrigued.  After a little digging, I discovered this was a British duo comprised of Julian Marshall on the keys and Kit Hain on the vocals.  Wow, this is one catchy pop tune!  Check out the video link, and click on a blurb here.


"Seven Bridges Road" - Iain Matthews, 1973.  The Eagles based their live version on this version, which also features producer Mike Nesmith on the a cappella intro.

Posted by Rockin' Remnants at 12:29 PM No comments: