This week it’s the chart sounds of spring 1973. Many hours

at night were spent glued to the AM radio, trying to hear the

Top 40 sounds, and spinning the dial, searching for those

the hottest songs in a 90 minute rotation!  And the sounds

that were lighting up the night time airwaves?: Elton John,

more??? We’ll check in with the Birthday Calendar at 7:00

and in the 45 Corner, Pink Floyd with the 7” vinyl version of

“Us And Them”, not available on LP or CD or MP3 or

Next week this would ascend to #1, giving McCartney both

this single and the LP it came from (Red Rose

Speedway) sitting atop the Billboard charts!

Lyricist Bernie Taupin called this song about a veteran

returning home from war one of his favorites.  This peaked at

Dobie was a journeyman soul singer and stage actor when

he hooked up Nashville songwriter

Mentor Williams (brother of Paul), and recorded this classic:

in your rock and roll and Drift Away.” Great stuff…

accordion solos, and a yodeling solo.  Click on the title to

Stuck In The Middle With You – Stealers Wheel – BB Hot

the mid 70’s, this being their first and biggest, peaking at

solo career later in the decade, while Egan seems to have

faded away to obscurity.  A whole new generation was

introduced to this song by a rather gruesome scene in the

for these funky Ohioans.  A classic example of a song I

This rather anonymous soul band from Harlem had the

good fortune to have their first single produced by the

legendary Thom Bell. It was their only hit, peaking at Hot

Hot 100 #21, although it was a chart topper on the Billboard

This L.A. soul/Latino band had a string of hits in the 70’s

after parting ways with Eric Burdon in 1970.  The original

This was originally released as the flip side of “Honky Tonk

Women” on London Records in 1969.  After the Stones

inked a new record deal with Atlantic in 1971, the owner of

some LP’s and 45’s, this being one of them.  The original

release was in mono, while this is in stereo.  You can find

this version on CD and vinyl, including The Rolling Stones 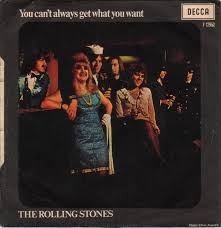 This song is considered a party classic, due in large part to its inclusion in the movie Animal House in 1978.  However, on its original release in 1959 it hobbled up to just #47 on the Hot 100.  Ronald Isley was only 19 when he recorded the excited and exciting lead vocals on this!  Now wa-a-a-ait  a minute…

Sayer was a struggling British singer/songwriter until cover versions of his songs by Roger Daltrey and Three Dog Night finally broke him on the Billboard Hot 100.  His 70’s career included 2 Hot 100 #1 singles, and a Top 10 LP (Endless Flight).  Click on the video to see a cool duet with Rog.

For the most part, I always thought Sonny & Cher’s songs were kind of corny, but I loved this and couldn’t get enough of it when it was in hot rotation in Winter ’72.
Check out the video for Cher’s groovy outfit, and lip-synching to a full orchestra!

Written by Leon Russell for Rita Coolidge, and sung by the late Joe Cocker, this peaked at Hot 100 #69, not a major pop hit, but a progressive rock radio staple of the late 60’s.

If John Lennon claimed that the first intentional feedback was on “I Feel Fine”, this came in a close second!  In fact, Decca Records US sent the master back to England claiming there was too much distortion and feedback and it needed to be remixed of rerecorded.  The Who are out on tour in 2015 and it has been suggested that the lyric to this be changed from “Hope I Die before I get old” to “Hope I can sing this when I’m 70 years old”!
The video link for this is from the Smothers Brothers TV show, and is one of the greatest moments on the tube in the 1960’s… Classic stuff!

Big Joe was one of the great R&B players signed to Atlantic Records in the 50’s.  This was the closest he came to a pop hit, peaking on the BB Top 100 #41.  Click here to see more about this influential vocalist.

Another first time stereo from the Bear Family box set!  Thanks again to my buddy, JS...

One of the last Drifters hits with the late Ben E. King on lead vocals. 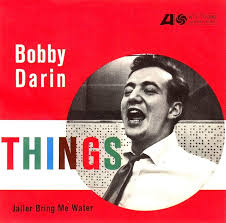 I searched the Web for a video with the late Chuck Willis, but alas found none.  However, if you click on the title, you'll see a really cool cover version and a rare live appearance by Derek & The Dominoes from the Johnny Cash TV show in 1970!

This was actually John Fogerty as a one-man-band, 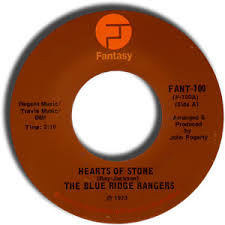 Despite the wickedness of his Rock’n’Roll lifestyle, Glen

frequently turned to his roots in the church; this peaked at

the Pop and Country charts.  This song was moving up the

certified Platinum, for a sales over a million copies!

A psychedelic workout from the Tempts and producer

Norman Whitfield, the LP version is over 13 minutes, while

socially conscious, to boot!  Check out the threads on the

Hammond had a string of hits in the mid 70’s, and also

penned a big hit for the Hollies and Leo Sayer.  Happy

If you go on YouTube and type in this song, there is a great

debate on who did the best version.  Was it the original by

Sheryl Crow?  Seems the majority goes to this version by

Canadian Hampshire.  And the shame of it all is that his

was a #1 in his native Canada.  The video link has a little

Kenny Rankin was one of many singer/songwriter “new

Dylans” of the decade that never panned out.  This cover

replacement TV show in 1975, and was married to Bobbie

Gentry for a year: quite a resume for a backwoods boy from

The young Tanya Tucker enjoyed many top country hits in

the 70’s, but only “Lizzie And The Rainman” made the Hot

A rare Pink Floyd single from The Dark Side Of The Moon,

this edit, on Harvest Records, trims almost 4 minutes from

the LP version, including a quick fade-out right before the 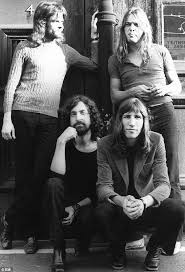 Side One, Track One from Tumbleweed Connection, which

spawned no hit singles,  but established Elton and Bernie's

This single did not chart for soul singer Jackson, but charted

Host Next Week (May 30th):  John Simon with a spotlight on the banjo!

Posted by Rockin' Remnants at 5:01 PM No comments: