Today - a combo of GrassRoots Festival and radio life. Tonight it's Rockin' Remnants and I'll live up to what our promo says: "It's big hits, B-sides, lost nuggets and your requests!" Some great obscure treasures mixed in with some big Summertime classics of the past - plus listener requests. 6-9 p.m. And no, you don't need a wristband!

Some Kind Of Wonderful - Soul Brothers Six (6/67; #91 Pop - this record somehow spent just one week on the Pop chart  -  and NO time on the R&B chart, yet it's a bar band staple. And Grand Funk would score a huge hit with it several yers later! Go figure....)

Make Me Yours - Bettye Swann (7/67; peaking at #21 Pop - this record, penned by the singer and released on the tiny Money Records label, would make it to #1 R&B in the Summer Of Love.) * Old Brown Shoe - Beatles (6/69; dnc - this George Harrison number was found on the flipside of The Ballad of John & Yoko, a #8 record, from the time when they were clearly each going their own ways.)

They're Jealous Of Me - Connie Stevens (3/64; dnc - another one that should've been a smash: great writers Goffin & King, big label WB and lots of television exposure. Oh - and check out the production team on the label! Another mystery....)

Think It Over - Brenda Holloway (1965; dnc - another lost Motown treasure, this one from a European "Northern Soul" compilation.)

Do I Love You (Indeed I Do) - Frank Wilson (12/65; NR - this one was pulled at the last minute when Frank Wilson chose to pursue a career as a producer/writer/arranger instead of as a singer. A true lost treasure!)

This Love Starved Heart Of Mine (It's Killing Me) - Marvin Gaye (Mid-60's, NR - from the Motown vaults, a lost treasure that became the title track of a Motown compilation in the mid-Nineties!) * El Paso - Marty Robbins (12/59; #1 for two weeks - this record clocked in at over four minutes long, making it an unusually long #1 record. Going out to Barbara in Danby.)

Forever - Mercy (7/69; peaking this week at #79 - after their smash Love (Can Make You Happy), Warner Brothers signed them to a lucrative contract  -  but this was their only charting single and they soon disappeared into the dustbin of time.)

Sugar & Spice - Searchers (5/64; #44 - featuring the lead vocals and bass playing of Tony Jackson, who would be gone a year later for a failed solo career)

Nowhere To Run - Martha & Vandellas (2/65; #8 Pop - one of the most explosive hits from the Motown family at the peak of their power!)

Pollyanna - Classics IV (9/66; #106 - this had everything going for it: great songwriting by Joe South, big production values, label support, and a terrific Frankie Valli-esque lead vocal! In fact...it was too good. Philips Records issued a cease-and-desist proclamation to the biggest NYC radio station WABC: nip this one in the bud, or we'll stop giving you advance releases of Four Seasons records. It stalled at #106, and Dennis Yost stopped flexing his falsetto chops. And to add insult to injury, they had to change their name from "The Classics" because somebody else beat them to it!) 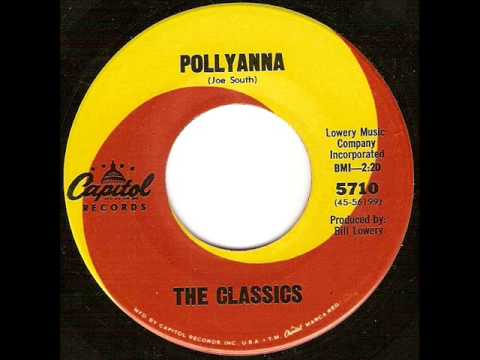 Rock Me On The Water - Linda Ronstadt (3/72; #85 - a forgotten gem written by Jackson Browne and featuring vocal and instrumental support from future Eagles Don Henley, Glen Frey and Randy Meisner.)

* The Crystal Ship - Doors (7/67; dnc - this was tucked onto the b-side of their smash hit Light My Fire. Going out to Mark in Virginia.) 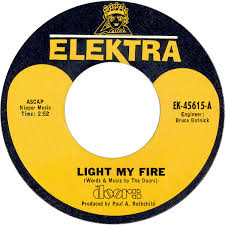 * 59th Street Bridge Song - Simon & Garfunkel (4/67; dnc - short and sweet and tucked onto the b-side of At The Zoo, going out to our friend Judy in Ithaca who "needed to hear it" after a long trip from Canada.)

* Sometimes In Winter - Blood, Sweat & Tears (8/69; dnc - beautiful song by Steve Katz, tucked onto the b-side of And When I Die and requested by our friend Betsy.)


* Sugaree - Jerry Garcia (4/72; #94 - the caller wanted to hear "Sugaree by the Grateful Dead." It turns out, though, that this was the only charting single credited to The Dead's erstwhile leader.)

Bittersweet - The Robbs (1/67; #117 Cash Box - this one didn't even make Billboard's "Bubbling Under" chart, even though these guys appeared every weekday on Dick Clark's "Where The Action Is" on national television. Great record by an underrated band of brothers!)


Armstrong - John Stewart (9/69; #74 - the whole world tuned in on this date in 1969 to see Astronaut Neil Armstrong walk on the moon. This song pays tribute to that event and almost became a hit.)

* Long Time Gone - Crosby, Stills & Nash (10/69; dnc - another thing of consequence from the Summer of '69: Woodstock! Listener David from Vancouver requested this b-side, which could be found on the flip of Suite: Judy Blue Eyes.)


* You Know My Name (Look Up the Number) - The Beatles (4/70; dnc - imagine, if you will, the shock of flipping over the sublime Let It Be and finding this bit of wackiness on the B-side! This goes out to a bunch of listeners tuning in from a family gathering in State College, PA. Blame them, not me!) 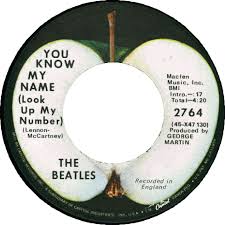 * God Only Knows - Beach Boys (8/66; #39 - people who bought the 45 called Wouldn't It Be Nice made out quite handsomely! The A-side went Top Ten, and the B-side is this haunting gem, called in by a listener from Florida. Thank you, Lou.)

Where Do the Children Play - Cat Stevens (9/71; dnc - this was tucked onto the b-side of Cat's biggest hit Peace Train. It also opened the album Tea For The Tillerman. Today is his birthday!)

* You've Made Me So Very Happy - Blood, Sweat & Tears (3/69; #2 for two weeks - the lead single from their second album was a remake of a low-charting Motown single. This was called in by a guy driving the Grass Roots shuttle - he said that the show was keeping him good company.)

Baby Make Me Feel So Good - Five Stairsteps & Cubie (2/69; #101 Pop, #12 R&B - one of their final recordings under the tutelage of Curtis Mayfield, ending a long and beautiful run.) Ooh Child - Valerie Carter (4/77; #103 - after backing a slew of great musicians in LA recording studios, she got her chance to record a record of her own. This cover of the Five Stairsteps' tune was produced by Lowell George and featured some fine players.)

Lookin' For An Echo - Kenny Vance (9/75; dnc - audiences were no longer buying Doo Wop records, but this was a gem. Kenny had been a founding member of Jay & The Americans and Atlantic Records took a chance on it. A true lost treasure!)


The Dangling Conversation - Simon & Garfunkel (8/66; #25 - another gem from the kids from Queens. In this case, the 45 is a completely different mix from any of the versions you'll find on LP or CD. Enjoy!) 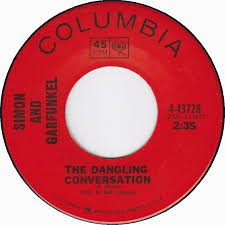 I Love You - People (4/68; #14 - this cover of a Zombies' B-side spent much of the Summer meandering up the charts. Tonight we hear the mono DJ radio edit. Rare and punchy!)

She's Not There - Santana (10/77; #27 - speaking of The Zombies, check out this blazing interpretation of their biggest hit! Happy Birthday to Carlos Santana.)

I'm Gonna Marry You - The Goldebriars (4/64; dnc - this southern California quartet included two sisters and a young Curt Boettcher, who would later go on to create some fabulous psychedelic Sunshine Pop records. No chart action on this one, but lots of pleasing harmonies.)

Thanks for tuning in! You can listen to Rockin' Remnants every Saturday night from 6-9pm on WVBR (93.5 FM in Ithaca, NY) or at wvbr.com/listen.
Posted by Rockin' Remnants at 4:02 PM No comments: