and the “Fever” was starting to spread, on the

screen, in the clubs and on the radio.  This

may have been the last time I really paid

attention to the AM radio, as soon I started

into the “progressive” rock acts of the late 60’s

and early 70’s (but also keeping an ear out on

single version of “Come Sail Away” by Styx,

Lynyryd Skynyrd, only available on 7” vinyl.

We’ll also play some Remnants trivia, with a

chance to win a $10 gift certificate to Angry

Mom Records on the Commons, just in time

for the New Year!

The first single released off the Saturday Night Fever

soundtrack.  The Brothers Gibb would soon dominate the

charts like no other artist since The Beatles in 1964

While the Bee Gees were just gearing up for their chart run,

Linda was hot as a pistol in the

Buddy Holly) both in the Top 10 this week.

(Every Time I Turn Around) Back In Love Again – L.T.D.

band led by Jeffrey Osborne; the initials of the group stand

for “Love, Togetherness and Devotion”.

RSO Records was as hot as Saturday Night Fever, and this

Crossing over from the Country Chart, this peaked at Hot

the LP Bare Trees, and features Christine McVie on

this single, recorded for his Greatest Hits LP, peaked at #5.

The highest charting single (they did it twice) for this British

group led by John Waite, peaked this week on the Hot 100.

The first 45 released off the monster LP The Grand Illusion

this version trims almost 3 minutes off the album track,

clocking in at 3:10.  This has been available on Various

Artists compilation CD’s but not on any Styx LP or CD.

Steve started his career in the 60’s playing the blues.

By the 70’s he had honed his pop chops, topping both the

LP and singles charts.  This release from Book Of Dreams

peaked this week on the Hot 100.  Check out this Mustang

commercial from 1979 with Swingtown as the theme music!

We Will Rock You/We Are The Champions – Queen – BB

The first part of this song did not chart but received

extensive airplay, both on the radio and in sports venues.

Both songs were segued together on the LP News Of The 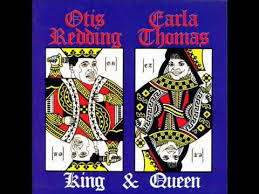 The Stax Records artists were truly a soul family!  This song was originally recorded by Eddie Floyd (Hot 100 #28) and then a year later as a duet (Hot 100 #30).  Both versions feature Booker T. & The MG’s and the Memphis Horns.

Brian Wilson chose younger brother Carl for his first lead vocal on this single from Pet Sounds because he wanted it to have an “ethereal” sound.  I’d say he delivered. Carl died in 1998 at the age of 51.

This rare charting single release from Zappa (only 3 landed on the Hot 100) peaked at #45.

Q: What were Frank Zappa’s other 2 BB Hot 100 charting singles?

Congratulations to Bill from Ithaca, who knew the answer and won the $10 certificate to Angry Mom Records on The Commons.

Bobby gave Tim Hardin his first taste of success in 1966 with his cover of “Carpenter”.  Tim returned the favor by charting “Simple Song” written by Darin (Hot 100 #50, his only charting single).  Hardin died of a heroin overdose in 1980, age 39.

The first single released by this duo did not chart on the Hot 100, but received extensive airplay on the “progressive” FM stations of the day, including WVBR.

Lee had a few hits in the early 60’s, then after a short retirement from the music business, he hooked up with Allen Toussaint and had a brief chart revival in 1966; this peaked at Hot 100 #23.

Jimmy has released 27 studio albums since 1970, and only one has topped the Billboard Album Chart: License To Chill in 2004. 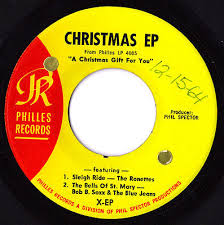 It is a true tragedy that one of the most famous and talented figures in the history of popular music is spending his 75th birthday in Stockton California State Prison.  He is eligible for parole in 2027.
Click here to learn more about his life.

on both radio bands.

According to Billboard, Chicago was the #5 best-selling 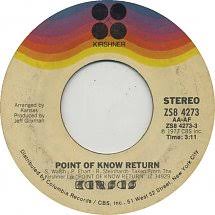 Predominantly a progressive album group in the early 70’s,

this band from Topeka realized its hit record potential later

in the decade and into the 80’s, charting 7 singles on the

Neil cranked out hit after hit for 3 decades, and still tours to 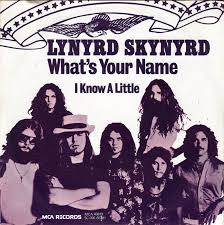 This 45 version, released on MCA Records, features a

punchier piano and horns mix, perfect for AM radio!

Tragically, the band lost 3 members in a plane crash on

Tribute to Joe Cocker, who passed away on 12/22 at the

Live version from Woodstock, this was Cocker's introduction

to the hipsters here in the U.S.  One of the musical

highlights of the festival.

The first single release from the Aja LP, features Michael

A sizzling cover of the Zombies tune from 1965 peaked at

The third single released from their debut LP peaked at Hot

Chart Debuts on this date 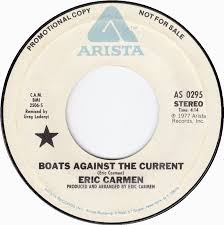 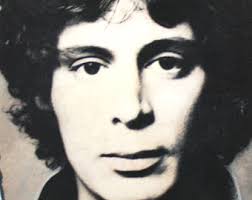 This single release from the former Raspberry only

Eric muddled through the next 10 years and again had a

hit single with “Hungry Eyes” from Dirty Dancing in 1988.

was the “Queen of Electronic Disco”!  I love the synth

keyboards and drums on this; sounded great on the AM

Native Canadian Dan Hill was huge in his own country, but

was only able to land 2 Top 40 hits here in the States.  This

Posted by Rockin' Remnants at 11:43 AM No comments: