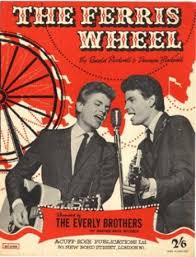 Mr. President (Have Pity On The Working Man) – Randy Newman

Gonna Buy Me A Dog – The Monkees

You’re A Wonderful One – Marvin Gaye (1964, #15, with backing vocals by The Supremes, one of countless great hits written by Holland-Dozier-Holland) 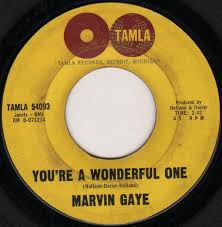 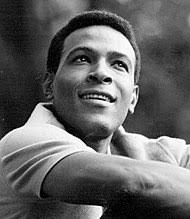 Without Love (There Is Nothing) – Irma Thomas (not released as a single.  There were 4 versions of this song that charted on the Hot 100 singles chart – by Clyde McPhatter in 1957, Ray Charles in 1963, Oscar Toney Jr in 1968, and Tom Jones in 1970.  The version by Irma Thomas, “Soul Queen of New Orleans”, is just as lovely as the others.)

Going To A Go-Go – The Miracles (1965+, #11, cowritten by several members of the group, including Smokey Robinson and Bobby Rogers, who both also wrote songs for other artists)

The Very Thought Of You – Chris Montez (not released as a single, recorded after he switched labels to A&M records and changed up his whole sound compared to his earlier Let’s Dance vibe)

Bartender, Fill It Up Again – Otis Blackwell (none of his own recordings charted on the Hot 100, but several of his songs were Top Ten hits for other people, including the next four songs in this show.  He sometimes used the pen name John Davenport.)

Something In The Air – Thunderclap Newman (1969, #37, their only Hot 100 hit.  It was used in the movie The Magic Christian, starring Peter Sellers and Ringo Starr – and more recently, used in the movie Almost Famous.)

Shoeshine Boy – Gerry Rafferty & The Humblebums (1970, not released as a single in the US, written by Rafferty)

Me About You – Orpheus (from their 1969 album Joyful.  Written by Bonner & Gordon, the same songwriting team who wrote Happy Together, a hit for The Turtles.  The Turtles recorded Me About You too, and released it as a single in 1970, but it did not chart.)

My Love Is Growing – The Walker Brothers (1966, not released as a single in the US)

Host Next Week (Feb 27):  John Simon with a spotlight on Black History Month, Motown, and 1969

Posted by Rockin' Remnants at 12:17 PM No comments: