Rockin' Remnants is broadcast from WVBR-FM Ithaca. Check out our webpage, like us on Facebook, and tune in to 93.5 or stream the show every Saturday night from 6-9pm! (Or download the WVBR+ app now available for iOS and Android!).  Thanks to our sponsors Island Health & Fitness and Rasa Spa for their support every week!


I Heard It Through The Grapevine - Marvin Gaye (1969, #1, 7 weeks; the great tambourine sound of Motown's Funk Brothers Band was supplied by Jack Ashford and you can click here to see his bio.)

Some Day We'll Be Together - Diana Ross And The Supremes (1969, #1, 1 week; originally recorded by co-writer and producer Johnny Bristol in 1961 and dnc.  Check it out here!)

A Beautiful Morning – The Rascals (1968, #3; Eddie Brigati, singer and songwriter, was the tambourine player for the band.)

“Love Me Do” was recorded by the Beatles on three different occasions with three different drummers at EMI Studios at 3 Abbey Road in London:
First issues of the single, released on Parlophone in the UK on 5 October 1962, featured the Ringo Starr version, prompting Mark Lewisohn to later write: "Clearly, the 11 September version was not regarded as having been a significant improvement after all".[18]
The Andy White version of the track was included on The Beatles' debut UK album, Please Please Me, The Beatles' Hits EP, and subsequent album releases on which "Love Me Do" was included (except as noted below), as well as on the first US single release in April 1964. For the 1976 single re-issue and the 1982 "20th Anniversary" re-issue, the Andy White version was again used. The Ringo Starr version was included on the albums Rarities (American version) and Past Masters, Volume One. The CD single issued on 2 October 1992 contains both versions.[19] The Pete Best version remained unreleased until 1995, when it was included on the Anthology 1 album.

Dance To The Music – Sly & The Family Stone (1968, #8); Jerry Martini, sax player for the group, also doubled up on tambourine when he wasn't blowing.)

She's A Heartbreaker – Gene Pitney (1968, #16; the "Rockville Rocket" had so many great hits, it was hard to choose!  This is his last Top 40 hit featuring some cool electric sitar.)

Wish Someone Would Care – Irma Thomas (1964, #17; the "Soul Queen Of New Orleans" also did the original version of "Time Is On My Side" which The Rolling Stones basically ripped off note for note!)

Come Sail Away – Styx (1978, #8; I played the LP version from The Grand Illusion because the 45 version butchers this 70's rock classic!)

No Easy Way Down – Nancy Wilson (1967, dnc; another nugget off the pen of Goffin/King.)

Give It To Me – J. Geils Band (1973, #30; named after guitarist John Geils, the focus of this group was really enigmatic lead singer Peter Wolf, although the guitar solo on this is one of my favorites from the 70's). 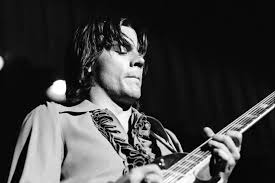 Bodhisattva - Steely Dan (1973, dnc; while the studio version of this off the LP Countdown To Ecstasy, a live version was the b-side for both of the Dan's last 2 charting 45's in 1981, "Hey Nineteen" and "Time Out Of Mind").

Pick Up The Pieces - Average White Band (1975, #1, 1 week; I'll admit at this point that I used the Web to find many songs here and I never noticed the tambourine in this song which shakes throughout almost the whole song!)

Poor Poor Pitiful Me - Linda Ronstadt (1978, #31; Linda was known to pick up and shake the tambourine live in concert!)

dnc = did not chart.
nr = not released as a single at the time.


Host This Week (March 2):  Jan Hunsinger with a tribute to The Big Apple and their Girl Groups!


Thanks for tuning in! You can listen to Rockin' Remnants every Saturday night from 6-9pm on WVBR (93.5 FM in Ithaca, NY) or streaming here.  Thanks to our sponsors Island Health & Fitness and Rasa Spa for their continued support!

Posted by Rockin' Remnants at 5:59 PM No comments: