Tonight: it's November 21, 1969 on your radio. Tune in to catch the first chart hit for Santana, the final charter for The Marvelettes, a #1 smash from the pen of Laura Nyro, Merle Haggard's CMA Record Of The Year and Chicago's flop single that would return two years later and reach the Top Ten. All this plus your requests with JS starting at 6 p.m. Eastern Time. It's cheap date night and everybody's a winner!


Recent Hall Of Fame inductee Laura Nyro composed three of the songs in tonight's Top 20. Can you name them?

Wedding Bell Blues - 5th Dimension (#1 - in its third and final week at the top of the chart. Next week the Beatles would take over with John Lennon's Come Together.)

Baby It's You - Smith (at #11, down from three weeks at #5 - The Shirelles did it first. The Beatles covered it, Elvis Costello & Nick Lowe did it and Burt Bacharach & Hal David wrote it, but this version just cooks! That's Gayle McCormick on lead vocals.)

Ballad Of Easy Rider - The Byrds (at #92 this week, headed only to #65 - Bob Dylan wrote the opening line of this one and handed it off to Roger McGuinn. Despite its inclusion in the popular film Easy Rider, this song was a relative flop on the charts.)

Okie From Muskogee - Merle Haggard (at #61 this week, headed to a peak of #41 Pop and four weeks at #1 on the C&W chart - the CMA awarded this one Single Of The Year honors.)

Going In Circles - Friends Of Distinction (at #17 this week, down from two weeks at #15 and a peak of #3 R&B - two members of the F of D had previously been in a group with Marilyn McCoo and LaMont McLemore, who were co-founders of the 5th Dimension. Years later, they were in the same Top Twenty with their respective groups.)

Ten Commandments Of Love - Little Anthony & The Imperials (in its second week at #84, headed to #82 - Harvey & The Moonglows had a big hit with this one ten years earlier. Little Anthony's career as a hit-maker was winding down, but he continues to tour the Oldies circuit.)

* I Can't Stop Dancin' - Archie Bell & The Drells (12/68; #9 - this was the follow-up to their surprise #1 Tighten Up. The caller remembered hanging out in the diner waiting for this one to come on the jukebox back in the day  -  after a little bit of recreational marijuana use. Beware of flashbacks!)


Hey Baby (They're Playing Our Song) - Buckinghams (9/67; #12 - with five Top 15 records in the calendar year, this Chicago quintet was the most successful singles band of 1967 in America! This mono 45 version doesn't appear anywhere but on the original record. Enjoy!)


She Belongs To Me - Rick Nelson (at #88, headed to a peak of #33 - Rick Nelson had come a long way since his early teen idol days. This tasty cover of Bob Dylan's tune was one of his last charting records, but he and the Stone Canyon Band would continue recording and touring until his death in a plane crash on New Year's Eve in 1985.)


* Toast & Marmalade For Tea - Tin Tin (4/71; #20 - released on Atco Records, this one was produced by fellow Australian Maurice Gibb of the Bee Gees.)

45 Corner:  Beginnings - Chicago (11/69; dnc - released as a single to no avail. This is a heavily-edited version of the album track that would become a hit two years later. The radio station promo single clocks in at 2:47. The LP version is 7:49  -  and cross-fades into the next track.) 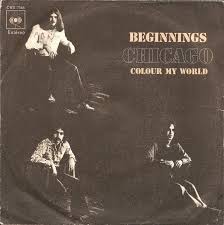 * Dance To The Music - Sly & The Family Stone (2/68; #8 - this record exploded onto the scene and sounded unlike anything else on the radio at the time. Funk and Soul and Psychedelic Rock thrown into a mixed-race and -gender blender!)

She's Got Everything - The Essex (11/63; #56 - their lowest and final charting record on Roulette Records. Their first was the big #1 Easier Said Than Done, followed by the #14 He's Got The Power. There was nowhere to go but down....) 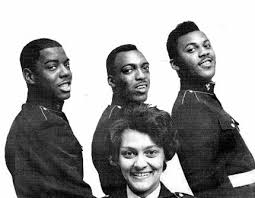 * Leave My Kitten Alone - Little Willie John (8/59; #60 Pop, #13 R&B - The Beatles had made this one a staple of their live shows in the early days. The caller had asked for "a cat song." Sometimes, timing is everything!) 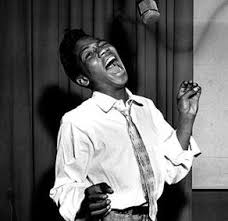 It Takes Two - Marvin Gaye & Kim Weston (1/67#14 Pop, #4 R&B - this was Kim's last duet record with Marvin. His next outing would feature young Tammi Terrell, and the rest was history.)

You're The One - Petula Clark (11/65; #23 UK, dnc US - Pet Clark started performing as a child but didn't appear on the US charts until Downtown exploded onto the scene. She co-wrote this one with Downtown composer Tony Hatch, and let The Vogues take it to the Top Ten here in the States.)


Set You Free This Time - The Byrds (2/66; #79 - this one was coupled with Roger McGuinn's It Won't Be Wrong, but neither went very far. Some say this was one of Gene Clark's greatest contributions to the band.)

Summer Side Of Life - Gordon Lightfoot (9/71; #98 - an inexplicably low-charting follow-up to the Top 5 If You Could Read My Mind. He's still touring at the age of 77 and played Ithaca's State Theatre just last Saturday.) 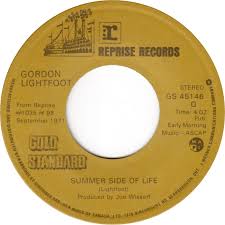 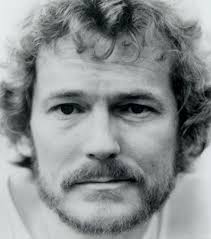 Jingo - Santana (at #65, headed to #56 - who knew when this first single appeared that Carlos Santana would go on to become an enduring player on the music scene???)

* Evil Woman (Don't Play Your Games With Me) - Crow (at #45, headed to #19 - this song would soon be covered by Black Sabbath and released as their first single!)

Love Will Find A Way - Jackie DeShannon (at #51, headed to #40 - this Imperial Records 45 was the follow-up to her Top 5 anthem Put A Little Love In Your Heart.)

45 Corner:  I Still Believe In Tomorrow - John & Anne Ryder (down to #81 from a peak of #70 - this Decca Records 45 was their only hit, and doesn't appear on CD anywhere. It's a great slice of upbeat romantic Pop.) 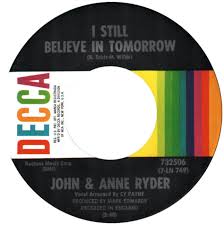 Smile A Little Smile For Me - Flying Machine (peaking at #5 - this Flying Machine was a British group not to be confused with James Taylor's early band of the same name.)

That's How Heartaches Are Made - Marvelettes (#106, down from #97 - the final charting record from Motown's first chart-topping band, and this one only spent one week on the Pop chart, where Billboard mistakenly listed the title as "That's The Way Heartaches Are Made." And maybe it was...it never registered at all on the R&B chart. An ignominous ending to a great career.)

Make Your Own Kind Of Music - Mama Cass (at #38, headed to #36 - one of a string of positive-message solo singles from the inimitable Cass Elliot.)

Jean - Oliver (just off the chart after peaking at #2 - this was Oliver's highest-charting record, from the film "The Prime Of Miss Jean Brodie." His next record was debuting this week on the chart: Sunday Mornin' would be bigger hit for Spanky & Our Gang, though.)


Eli's Comin' - Laura Nyro (7/68; dnc - Columbia Records released this as a single, backed by Sweet Blindness, but it went unnoticed by the general public until Three Dog Night recorded it.)

* Still The One - Orleans (7/76; #5 - the highest-charting classic from this band with local ties. It was requested by "Glen from Watkins Glen" in honor of his upcoming wedding anniversary.)

Note: Songwriter PF Sloan passed away last Sunday at the age of 70. Among his many contributions to the musical landscape were his Eve Of Destruction and the theme to television's Secret Agent Man (which was a big hit for Johnny Rivers). He also was responsible for the creation of the band called the Grass Roots, who were an early vehicle for his compositions. The next three songs are all from the songwriting team of PF Sloan and Jeff Barri. R.I.P.

Where Were You When I Needed You - Grass Roots (6/66; #28 - PF Sloan sang the lead on this record and hired a local Bay Area band to become "The Grass Roots." Eventually, Rob Grill took over as the lead singer and Sloan went back to writing.)


She Lets Her Hair Down - The Tokens (12/69; #61 - based on a television jingle for a hair care product, this was released on the same day as competing versions by Gene Pitney and Don Young. The Tokens won the chart battle, but the three-way split probably kept them from having the hit they deserved.)

The Weight - Aretha Franklin (2/69; #19 Pop, #3 R&B - one of a number of great records featuring the guitar work of studio player Duane Allman. He passed away in October of 1971, three weeks shy of his 25th birthday.)


One Way Out - The Allman Brothers Band (12/72; #86 - this sizzling track, featuring the searing electric slide guitar of Duane Allman, was recorded during their acclaimed Fillmore East session and was included on their Eat A Peach album, released shortly after his death.)

Beginnings - Chicago (6/71; #7 - we played the DJ radio edit in the 6:00 hour. Here's the seven-minute version everybody's that restores all of the stuff left on the cutting room floor. Sadly, these "beginnings" mark the ending of tonight's edition of the show....)


Among the answers that came in were Stoned Soul Picnic, Sweet Blindness and Save The Country  -  all Laura Nyro tunes recorded by the 5th Dimension. None of them, however, were in tonight's Top Twenty. Here's the answer to tonight's question:

Congratulations to Eddie from Collegetown, for correctly answering the question and winning a pair of passes to Cinemapolis!


Host Next Week (11/28):  John Rudan with a spotlight on late November 1972 and a special feature on a prominent rock and pop music instrument...

Posted by Rockin' Remnants at 9:14 AM No comments: