Rockin' Remnants, the best of the 50's, 60's and 70's every Saturday night!  The birthday calendar comes to you at 7:00 and tonight we go retro and spin an all-vinyl Remnants!  The first hour features hits from the awesome WVBR Oldies Library (over 500 LP's, most of them radio promo copies from the 60's!).  At 7:00, a mini tribute to Chuck Berry, who turned 89 on the 18th, and also a few Three Dog Night tunes, for singer Cory Wells, who passed away on the 20th.  As the show winds down for the 24th, some tasty 45's, straight from the J-Rchives!  Our new studio on Buffalo Street has two Technics 1200's, the hardest working DJ turntables in history!

Written by Rod McKuen, was nominated for best-song Oscar, but lost to "Raindrops Keep Falling On My Head".

Tony also penned "Rainy Night In Georgia", a hit for Brook Benton in 1970.  Check out the link for an awesome duet with Johnny Cash!

The only Top 40 hit for this New York quintet.

This was a Top Ten hit in the U.K., but only bubbled under at #107 here in the States.  Too bad.  Awesome harmonies.

Best Bee Gees cover, ever... From the soundtrack of Saturday Night Fever.

An artist of great influence, among Chuck's 2 biggest fans were Brian Wilson and John Lennon.  Unfortunately, their fandom spilled over into their songwriting, and both were sued for plagiarism for "Surfin' U.S.A" and "Come Together" for, respectively, "Sweet Little Sixteen" and "You Can't Catch Me".  Click on links above to get the story and compare and contrast!

Anyone who grew up in the 1970's were fans of Three Dog Night: we bought their 45's, we could hardly wait to hear their next hit on the AM radio, and they always seemed to save their best for the summertime, when we weren't in school and spent time glued to that radio.  I was truly saddened by the abrupt passing of Cory Wells, but will always have the music of Three Dog Night to relive those great songs...

Check out this live clip: man, those guys could HARMONIZE!

For the balance of the show this week, we put the adapters on the turntables, and spin vinyl 45's.  We'll also have images of as many as possible, and a few trivia tidbits about the exclusive 7" vinyl versions!

This censored 45 version is available on the CD reissue of the LP New Frontier. 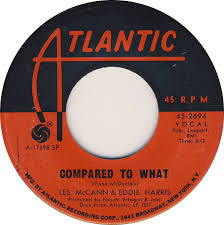 This 45 edit trimmed 5 minutes off its LP counterpart, and contains a whole lotta beeps over the word "God".  I still wonder why Atlantic released this as a single: it's a horrible version of an awesome tune.  Hear the original version here.


The second single from "Piano Man" edited out the "B" word.  Top 40 radio was very conservative, although this only managed to peak at Hot 100 #80, 4 weeks on the chart. 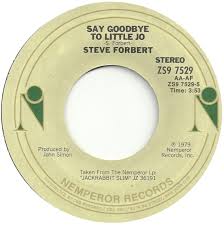 Say goodbye to the "S" word on this single edit.

The second single released off Jackson Browne's debut LP, this 45 version is totally different from the LP version, and unfortunately is unlikely to see release in any music format.  Cool guitar overdub at the end. 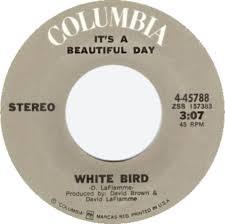 This version is actually a stereo re-release in 1973 of the original 45 which was an edit of the LP version trimming off over 3 minutes!  Neither version charted; my guess is that programmers couldn't figure out the difference between the name of the group and the title of the song, as in "Here's that new band White Bird, and their hot new 45 'It's A Beautiful Day'!  Or, um, well..." (simulated DJ patter, circa late 60's, early 70's). 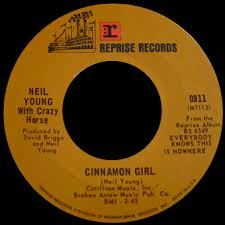 This mono 45 version will probably never see the light of day.  Too bad, it's a really different take on this classic progressive LP track.  This did manage to squeak up to Hot 100 #55.

Click here to check out the many differences between the 45 version and LP version!

Bryan Adams was 17 when he sang lead vocals on this single.  The original version with Nick Gilder on vocals can be found on CD.  This one cannot.


Pared down from the sidelong LP track of 22 minutes to 3:27, this was a middling AM hit in spring 1975, peaking at Hot 100 #25.  The follow-up, the similar sounding "Trans-Europe Express" stalled out at #67 and the U.S. pop career of this German synth band was over.


Posted by Rockin' Remnants at 5:35 PM No comments: