July 26, 1965....Mick Jagger's 22md birthday present? A #1 record in its 4th week at the top of the charts. Also....The Temptations sing Smokey, the Miracles sing Smokey, Cher sings Dylan and so do The Byrds. We'll also acknowledge the 45th anniversary of Neil Armstrong's iconic moon landing (July 20, 1969) and the passing of rock 'n' roll Blues icon Johnny Winter, along with your requests.


A trivia question posed by a random phone caller: "Why did the Beau Brummels pick that particular name for their band?"

Since I Lost My Baby – Temptations (at #53 Pop, headed to #17, #4 R&B - penned by Smokey Robinson and featuring lead vocalist David Ruffin with a lyrical preview of our weather report: "The sun is shining, there's plenty of light!")

I'll Always Love You – Spinners (at #50 Pop, headed to #35, #8 R&B - this was their highest-charting single for the Motown family of labels until 1970's It's a Shame. When they finally signed with Atlantic in 1972, they become one of the biggest bands of the decade. In fact, their first 12 singles hit the R&B Top Ten, with five of those hitting #1)

You Were On My Mind – We Five (at #57 Pop , headed to #3 - penned by Canadian Folksinger Sylvia Tyson, whose version didn't chart in the States. Crispian St. Peter would also chart with this one two years later.)

For Your Love – Yardbirds (at #39 Pop, down from a peak of #6 [and #3 UK] - the final single with guitarist Eric Clapton, who was dismayed by the shift away from Blues to a more Pop sound. This one also features guest player Brian Auger on the opening keyboard lick.) 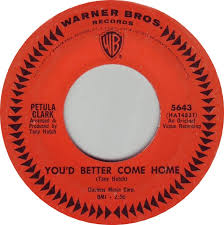 * Ticket to Ride – Beatles (down from a peak of #1 in late May of '65. The Beatles' next single was poised to pounce from #110 on this week's "Bubbling Under" chart and would spend three weeks at the top of the Hot 100 in early September. The song? Help!)

Zip Code - Five Americans (8/67; #36 Pop - modeled after their big Top 5 record Western Union, but they had used up the magic on that first record and would never equal its success)

Pipeline - Chantay's (having peaked at #4 in June of 1963, this iconic surf tune is often mistakenly attributed to The Ventures, but it was actually the only hit for these California teens with the badly-applied apostrophe.)

Fork in the Road – Miracles (buried on the b-side of their climbing single Tracks of My Tears, this one spent one week at #130 on the Bubbling Under chart. Smokey Robinson was so prolific that most of his mid-sixties singles had b-sides worthy of "hit" status)


Go All the Way - Raspberries (headed to #5 in the summer of '72, this would be the highest-charting single for this Ohio bar band featuring soon-to-be solo star Eric Carmen)

Hush, Hush Sweet Charlotte – Patti Page (down from a peak at #5, this lush and lilting ballad belied the dark and lurid nature of the film that spawned it. Check out the trailer here)


Down in the Boondocks – Billy Joe Royal (at #27 this week, headed to BB #9 - penned by Joe South, this would be the first and highest-charting Pop single of Billy Joe's career)


All I Really Want to Do – Byrds (at #55 this week and headed only to #40 on the Pop charts; a disappointing follow-up to their breakthrough Mr. Tambourine Man [which was down to #18 this week after a peak at the top], partly due to the success of Cher's competing version which would reach #15 several weeks after the Byrds' version stalled.)


So Much In Love With You – Ian & The Zodiacs (at #131 for one week on this very date, written by Mick Jagger & Keith Richard)

(I Can't Get No) Satisfaction – Rolling Stones (also written by Mick Jagger & Keith Richard, in its fourth week at #1 - the opening guitar lick came to Keith in a dream. He envisioned horns playing it, but the producer prevailed and that signature fuzz guitar riff became one of the most recognizable sounds of the decade) 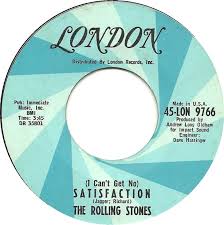 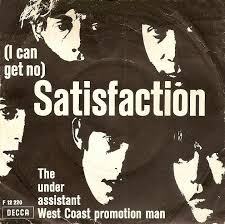 That's When the Tears Start – Blossoms (the b-side of their non-charting "Good Good Lovin'," was released as single in Spring of '64. Darlene Love was Phil Spector's favorite singer, and she finally achieved the recognition she deserved in the 2013 Academy Award winner Twenty Feet from Stardom. Watch her acceptance speech here .)


See You at the Go-Go – Dobie Gray (4/65; #69 - known primarily for his big hits The In-Crowd and Drift Away, Dobie Gray was a top-notch songwriter with a smooth delivery. Here's one of his lost treasures.)

A Girl Like You - Rascals (7/67; #10 - the follow-up to their #1 smash Groovin' was a terrific showcase for drummer Dino's crisp syncopated rolls and hits. Watch the video all the way to the end!)

Waiting - Santana (the opening track from their major-label debut album from 1969. Their appearance at Woodstock would lead to many records sold. Carlos Santana continues to record relevant music to this day.)

Armstrong - John Stewart (9/69; #74 - a tribute to the first Apollo moon landing, which took place in the early morning of July 21, 1969. This event was broadcast live to a worldwide audience, and is one of those singular events that most anyone over age 50 can recall witnessing.) 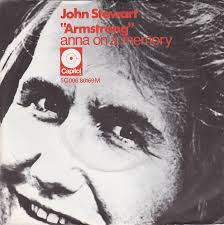 Beautiful People - Melanie (11/69; #104 - released as a single on the Buddah label. Melanie would have greater success on her own record label: Neighborhood Records.)


Sitting in the Park – Billy Stewart (peaking on this date at #24, #4 R&B - an organ-drenched summertime classic)


Save Your Heart for Me – Gary Lewis & the Playboys (at #8 this week, headed to BB #2 - originally recorded and released as a b-side in in 1963 by Brian Hyland, this was one of seven consecutive Top 10 hits for the band fronted by Jerry Lewis' son)

* Woolly Bully – Sam the Sham & The Pharoahs (one of two #2 hits that spent two weeks in that position, this one just fell off the Billboard chart)

Papa's Got a Brand New Bag - James Brown And The Famous Flames (this record, heralding a new concept called "funk" [wherein each instrument acts like a part of the rhythm section] is headed to #8 on the Pop chart and an eight-week run at #1 R&B!) 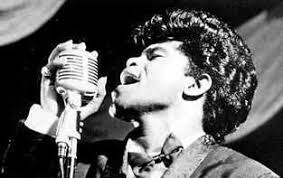 Take Me Back - Little Anthony & the Imperials (at #26 Pop, headed to #16 - the follow-up to their smash Hurt So Bad didn't fare quite so well, but it was another perfect vehicle for Little Anthony's plaintive vocal stylings)

Trains and Boats and Planes – Billy J. Kramer (peaking on this date at #47. Dionne Warwick would take this record to #22 on the Pop charts one year later)

* California Girls – Beach Boys (at #52 this week, headed to a peak of #3 - the opening measures of this piece have been cited by Brian Wilson as the music he's most proud to have created)

Out in the Sun (Hey-O) – Beach-Nuts (at #129 this week, headed to a peak of #106 - this was actually a pairing of NYC producer/performers The Strangeloves and NYC "girl group" The Angels.)

Who's Going to Pick Up the Pieces - Chuck Jackson (b-side of the follow-up to his big hit Any Day Now reached #119 on its own in August of 1962. Written and produced by young Van McCoy) 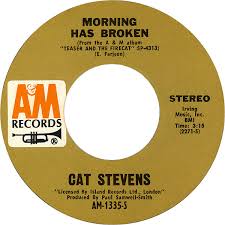 * It's Gonna Take a Miracles – Royalettes (8/65; #41 Pop, #28 R&B - Singer/songwriter Laura Nyro would later record a full album of her favorite "oldies" with the members of LaBelle. This would become the title track of that LP)

* Mr. Tambourine Man – Byrds (down to #18 on this date after a peak at #1. Unbeknownst to the record-buying public, this recording was made with studio musicians Leon Russell, Glen Campbell, Hal Blaine and bass player Larry Knechtel. The only Byrd to actually play on the record was Jim McGuinn, who played his 12-string Rickenbacker and sang lead, while David Crosby and Gene Clark sang their harmony parts)


Because it's going to be alphabetically listed or filed right next to the Beatles. It also implies that this Bay area band is from the groovy continent of Europe, which might also boost sales and/or interest.


Posted by Rockin' Remnants at 6:43 PM No comments: